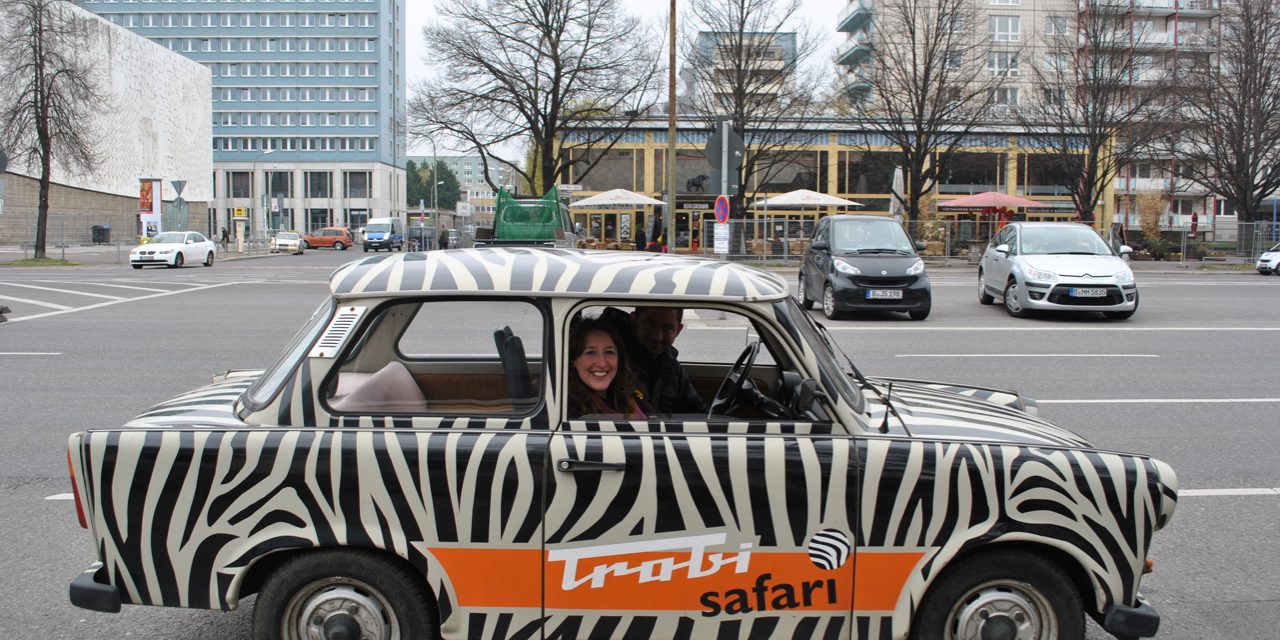 “Your car is equipped with a communist radio system – you will hear my commentary but you may not respond through it!” Briefings and safety advice are in surprisingly short supply before we are expected to dive into a Berlin Trabant tour

Trabant production started in 1958 and didn’t end until 1991, by which point, approaching four million had been produced. That might sound like a big number, but there was still a waiting list of pushing a decade to get your hands on one of these famously wretched devices that, during that period, were the transportation of choice (or lack thereof) in the former East Germany. You might expect some evolution during such a long production, but changes are surprisingly minimal, save for a notable late-life switch to a VW-derived four-stroke engine to replace the venerable 26bhp two-stroke original.

Intended to provide home-grown mass transport for the East German people, the ‘Trabi’ was the car of choice (and largely the only choice) until reunification gave the opportunity to trade in these two-stroke smoke machines. Despite waiting up to ten years to get hold of their Trabant, thanks to lengthy waiting lists, many were willing to part with their smokily stylish transportation.

While, as with most classic cars, there’re plenty of people happy to maintain and run these things for a hobby, there’s limited use for them as a primary mode of transport these days. Thanks to their iconic shape and association with the former East Germany, one thing they are now is a tourist attraction and thanks to http://www.trabi-safari.de anyone can sample their subjective delights while taking in a tour of Berlin Trabant tour (East & West).

We couldn’t resist a zebra print Trabi and noted a sticker on the dashboard describing the action of the gear shift, which involved pushing, pulling and twisting a lever, in the hope that we might find a gear. “Reverse is here but you will not need that,” we are helpfully told. “In Communism we go only forward!”

A shrug from our Trabi-Safari.de guide is all the help we get as we attempt to coax the windscreen wipers away from vertical. At least the skies look clear. Then, with a clatter of two-stroke revs, a lingering scent of burning oil and a rather distracting smokescreen we are off.

We set out into the traffic to enjoy the carefully considered route that cleverly uses mainly right turns for those less confident driving on the continent. Major sights taken in during this Wild East tour included the East Side Gallery, Reichstag, Brandenburg Gate and Checkpoint Charlie. Viewing the famous mural of a Trabant crashing through the Wall from within the same model was particularly poignant.

After our drive we came to understand people’s willingness to part with these cars. Enormously characterful and providing a sense of occasion they may be, but they’re also catastrophically slow, terribly noisy, hugely uncomfortable and awfully polluting.

An hour touring Berlin in one of these symbols of past divisions gives you a sense of some of communism’s less horrific hardships (it is still functional transportation after all) and a contextually accented view of Berlin. It may well be possible to get a similar view of the city from a tour bus, but why not be the star of your own show and object of hundreds of other people’s tourist snaps?

It should be noted that all this is only made easily possible by the surprisingly light Berlin traffic; the city has one of the lowest levels of car ownership per capita in Europe. To do something similar in our capital would certainly ruin many people’s holidays, not to mention London residents’ days.

The Trabi was a perfectly decent car at the start of its life, undermined by patchy manufacturing processes and a lack of development. Yes, it’s hugely outdated but, for an hour or two as a tourist, it gives a great sense of occasion and fun that I can’t recommend highly enough.