Reflections on 5 years of The Fork 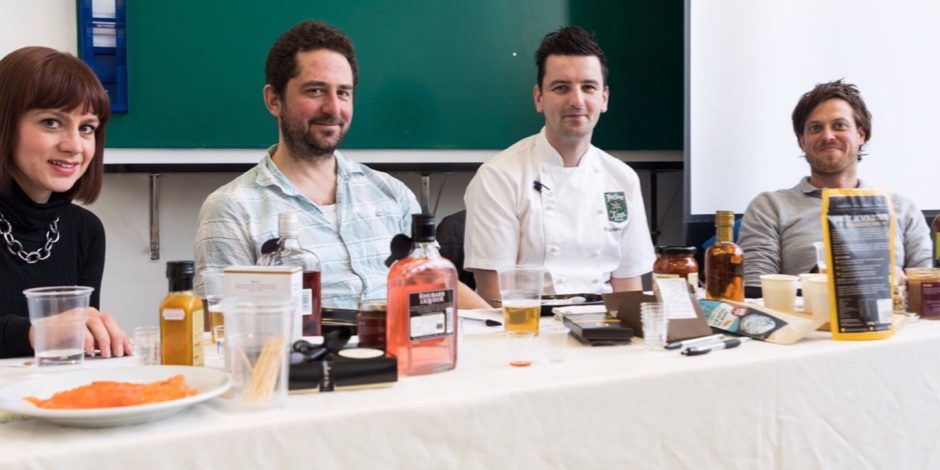 I’m not always great with anniversaries. I can manage to remember the ones that come with consequences such as wedding anniversaries and birthdays, but the more minor ones can slip by, hence my realisation that York on a Fork has been going on for five years. I really had no idea what direction it would head in when I first opened this site in May of 2014. It was really just a reflection on the time I spent eating out, based on repeated strong suggestions that I should justify that spending with a broader audience.

In 2009, I had realised just how much I liked eating out and so decided that I should mark my 30th by figuring out just how good a meal out could be. I decided to see what a Michelin star meant and headed to The Star at Harome, who placed us in their private dining loft, and I loved it. I assumed that I’d hit the high point of my dining experiences and headed back to my desk a few days later to the usual trickle of emails asking for advice on where to eat in York. I spent the next couple of years dedicating more time than my employers probably appreciated booking team meals and talking about my favourite places to eat in York before facing down a couple of redundancies. At this point, I bowed to pressure to share my experiences of eating out in York and let myself be bullied into starting a food blog.

In the time since then, there have been some serious highlights, and it must be said, a few lowlights. The time someone claimed to be representing York on a Fork and made a waitress cry wasn’t much fun to make right for a start. The occasional snarky messages I get regarding who I chose to feature could also be disposed of.

Looking back at early highlights, it was especially pleasing to form a relationship with The Star Inn The City after watching its construction from the desk of a previous (much disliked) job. The opportunity to attend the Estrella Damm Gastropub Awards there was particularly special.

I’ve had the honour of meeting many hugely talented people including Michelin Star holders, enormously talented cookery school tutors, cake makers, graphic designers, marketeers and many of the great and good of York. There are too many to mention by name but interviewing James Martin on a train sticks in the mind, as does accidentally interviewing Alex Pollizi. Oh and Tommy Banks once complimented my cooking, making my day. Credit also to the much missed Antonio Carluccio who I met on his 80th birthday. Mid photo-op I asked him if he’d expected to spend his birthday with me, without ever breaking his smile he responded “No, no, no….I got the days mixed up and didn’t realise it was today!”.

The magazine that a group of talented people put together didn’t last and the Streetfood Sunday events I put on didn’t quite find the sweet spot, but I can comfort myself with quotes in The Guardian, and the thought of joining Fountains Abbey to show Baby Fork around will always bring a smile to my face.

It’s such an honour to be recognised as part of the food scene in this wonderful city. I now contribute to the York Tourist Guide, am a judge for the York Tourist Awards as well as the Garbutt & Elliot Food Entrepreneur Awards and Taste Trade event awards, help organise York Food & Drink Festival as well as having the privilege to attend some very special events. I can assure you I don’t take any of this for granted. It takes a lot of hard work to keep all those balls in the air, but it’s so rewarding to have the opportunity to help shout about all the good things happening in York.

As to the future, obviously things aren’t just food related these days. Baby Fork changes things in all manner of ways and I’ll continue to indulge my love of cars under the Fork in the Road banner, but food and York will remain at the centre of things by default given that I live in York and love eating. I hope this is still going strong in another five years, by which time Baby Fork will be six years old and I’ll be a positively decrepit forty four. In the meantime, thank you so much for reading. I’ve loved meeting so many passionate people over the course of all this, many of whom are good friends now. Here’s to the future!