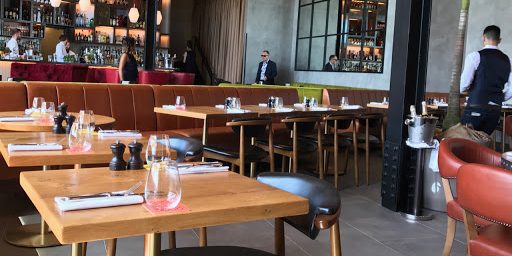 The best memories don’t necessarily come from the most expensive meals. While it’s unlikely you’ll forget blowing a few hundred quid on a meal in a hurry, for positive reasons or otherwise, there are so many other things that can make a meal stand out in the memory. The breadth of those elements was memorably recorded in When Harry met Sally, as Meg Griffiths proved her acting skills in a New York diner to the mortification of her dining partner.

That diner was Katz’s deli which is a New York institution completely independent from its credentials as a film set, (here’s the scene in question if you’re the one person who doesn’t remember it) and the Reuben I ate there while on a trip celebrating my first wedding anniversary around 18 months ago was a winning combination of sensible price, intimidating quantity and stunningly executed food. I can’t imagine anywhere else in the world matching up to Katz’s, but there’s still not much that can beat a well done Reuben. What could be better than pastrami, cheese, sauerkraut and gherkins on rye?

Last week I had cause to be in Leeds for an appointment (hint: expect a focus on family friendly dining at some point next year) and wanted to make sure it was followed by a suitably indulgent brunch, which is where East 59th came in. Along with Angelica and Crafthouse, East 59th Leeds is a rooftop establishment situated in the Victoria development that nestles against neighbour Issho.

As we arrived on a sunny Sunday morning without a reservation, we weren’t seated on the terrace, but didn’t regret that much when I realised that people seemed allowed to smoke out there. Regardless of fresh air content, or otherwise, the East 59th Leeds dining room was a comfortable place to be that didn’t exhibit any teething problems associated with the freshness of the establishment.

The headline brunch offering including “Free flowing prosecco or Bloody Mary’s” for £25 a person held no appeal, so we picked out a smoked pork & cheese ‘dog to accompany the customary Reuben along with some fries and truffle puffs. Our friendly server took our request for truffle puffs to arrive quickly entirely as seriously as it was meant and delivered them with good grace and expediency, helping to explain exactly what a truffle puff is. For the record, it’s a creamy breadcrumbed potato with a delicious spike of truffle through it, demanding only to be served in portions consisting of equal amounts to aid sharing.

The ‘dog would have been more pragmatically served on a plate, though the board upon which it made its bed at least had a moat to minimise loss, and was memorable for the lightness of the sausage. Outside of my currywurst preoccupation, I’m struggling to think of another hot dog that was memorable for being anything other than a slightly guilty pleasure. This superlative sausage came with a happy bed of sauerkraut and blanket of mustard to set a bar for the Reuben to hit over.

It’s easy to admit that this wasn’t a sandwich to best Katz’s, but that’s not the criticism it might appear as and neither is it damning with faint praise. The pastrami, gruyere and sauerkraut were all present and correct to carry one through a Sunday morning in the best possible way.

The coffee and service also hit the right marks, though I could have done with being another couple of feet distant from the server’s station. I’d also be happy to dispense with the DJ; even though the taste in music coincided with mine, I’d take issue with anything played through a PA on a Sunday morning.

All this came to a smudge under £35 including tip, proving fair value for the location. East 59th is the nicest rooftop dining spot in Leeds that I’ve tried to date and one that deserves a return visit, even if it’s (thankfully) unlikely that you’ll get to see Sally having a Katz’s experience.