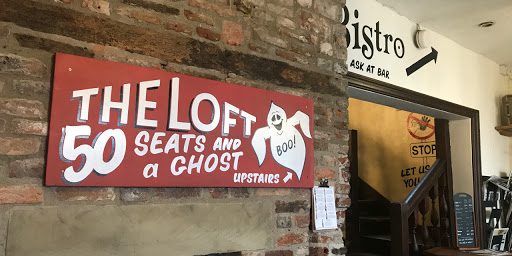 The scale on which activity takes place in a restaurant kitchen is rather different to that which you might undertake at home. Ingredients are regularly measured in kilos rather than titchy multiples of hundreds of grams while pans that require more than one person to lift are far from unusual. Cooking on this scale is a hugely different skill to knocking up an impressive meal for six of your friends across a leisurely afternoon of preparation with a glass of wine in hand! I’ve done very few shifts in commercial kitchens before (yes, it is as hard and pressured as you’ve read, even with the nicest colleagues) so when Walmgate Ale House asked me along to have a (literal) stab at some lobsters across a relaxed morning, I rolled my crustacean-cutting sleeves up and made my way through the torrential rain.

Walmgate Ale House has been making a name for itself as a place to drink over the last few years since it made the decision to move the majority of its eating offering onto the first floor and concentrate the downstairs into a relaxed bolthole in the centre of town that offers good quality bar snacks. The bistro is, of course, still intact upstairs though and continues to offer its now traditional food festivals, such as this week’s Lobster Festival. It was in this context that I met with some lucky competition winners for a coffee downstairs all ready to be walked through how to prepare a lobster by Michael Hjort, owner of this establishment as well as Melton’s, who also dedicates a huge chunk of time to the York Food Festival.

Lobster isn’t an ingredient I’ve ever really set about at home, the risk of failure making it too expensive to experiment with (even with those worryingly cheap five quid frozen ones), so the chance to get some proper tuition was entirely welcome. We started with a conversation about the best way to humanely cook a live lobster, our examples of which had been placed in the deep freeze for an hour or so before our arrival to render them docile and effectively comatose. From that desensitised state, they went into a colossal pan of boiling water, with Michael judging how long would be appropriate.

When that first stage of cooking had been completed, we took it in turns to bisect our hard-shelled friends, carefully locating the knife as instructed and bringing to bear more force than one would expect. It must be said that the resulting lobster halves were not immediately appetising, coloured with sections of lobster anatomy that wouldn’t be one’s first choice to eat, but could be pressed into service later on to leverage greater value from the creature, giving that lovely lobster flavour without having to use any of the precious lobster meat.

As we extracted those morsels of meat, it became obvious just what a small amount comes from each lobster, and what a challenge that must pose to a restaurant wanting to headline a dish with lobster while not driving prices through the roof. As Michael effortlessly knocked up some pasta for us, we mixed through some of the less immediately appealing bits of the beast with some salmon and cream to knock together some ravioli that could rightfully claim to be a lobster dish without costing a fortune for either establishment or guest. It goes without saying that I need to head back and try out the finished lobster menu, watch this space for my thoughts!

Speaking of returning, that’s exactly what I did a few hours later thanks to a coincidence of planning. That evening I found myself back in the Walmgate Ale House downstairs games room, casually flicking at a game of bagatelle and enjoying some bar snacks with a couple of friends. We munched through battered sausages with curry sauce, chicken wings, halloumi and a cheese plate along with a couple of pints before making our way home to find cats entranced by the lingering smell of lobster that I, apparently, hadn’t quite shaken yet, a situation that I suspect will be repeated in a few days when I return to check out the finished dishes.