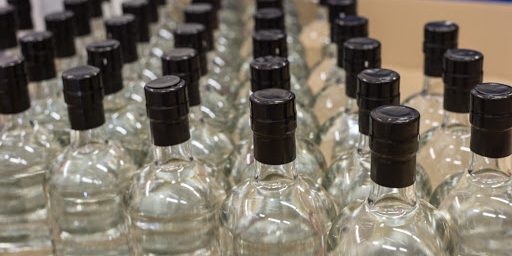 The popularity of gin over the last few years has gained so much momentum it’s now apparently unstoppable. Any half decent pub now is expected to have a shelf full of interesting gins and woe betide the poor bar staff who don’t have a selection of matching tonics to go with them. Then there’s the subject of what botanicals to deposit in the bespoke glass too. It makes my head hurt to ponder the combinations possible and the knowledge that might be expected of a ‘mixologist’. Slap bang in the middle of all this enthusiasm and range of products is Masons Gin, who kindly suggested I fill my car with friends and scoot up the A1 for a snoop around their distillery. It would have been rude to refuse.

With Frivolitea and the Puboholic installed in the car, I was generous enough to take on driving duties and forego the tasting on offer, deferring to their taste and opinions. It didn’t take long to find ourselves admiring the stills and absorbing how much had been crammed into a small working space. Named Steve and Leftie, the stills sit unobtrusively in the corner of the space working away quietly to produce the entirety of the Masons’ production. While the provenance of the name ‘Steve’ is a little unclear, ‘Leftie’ is rather more self-explanatory.

Masons Gin was founded by Karl and Cathy Mason following the success of a Facebook page on which they would review gins. With the positivity surrounding their opinions and the encouragement of friends, they decided to take the bold step of opening a distillery. Having taken this decision, they got a head distiller involved, who had previously worked with Tanqueray and Gordon’s through Diageo, perfected their recipe and got to work. The recipe obviously hit the mark as it now seems apparent that any further expansion is going to need more premises to accommodate it.

Alongside the core gin on offer there’re tea and lavender editions as well as regular special editions such as apple and “Slow infused Sloe”. An impressive flavour library has been put together for further experimentation and we spotted a few clues around the distillery as to what future projects might involve. Our lips are sealed on that one though!

When we’d finished our barrage of questions we got down to the serious business of tasting, or sniffing in my case. The Puboholic had this to say:

“Having an opportunity to taste a selection of gins side by side highlighted the differences between them and also sampling them neat and then with tonic brought out the range of subtle flavours you wouldn’t normally focus on. The distilled sloe gin stood out as a favourite with the aroma of the fruit finding its way to the front without the overpowering sweetness of the more common steeped version. It was a pleasure to sample “Steve’s Apples” – a one off batch made with the apples from head distiller Steve’s orchard that I think needs another batch making!“

Masons is clearly serious about its product, we learnt a huge amount about gin production on our visit and everything we saw reinforced an obvious commitment to consistency and quality in everything that leaves the distillery. We’ll be following the next steps of their journey with interest!

Huge thanks to the Puboholic for taking on photography duties on this trip. Superb pic’s as always!