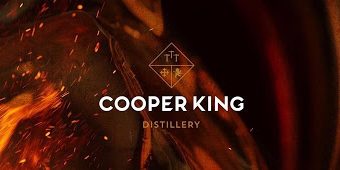 Cooper King Distillery is inviting whisky and gin enthusiasts to become part of England’s youngest whisky distillery through its Founders’ Club which is due to launch in May. The distillery is located in the heart of Yorkshire and will produce small batch, whisky, gin and other adventurous spirits.

Once an architect and a scientist, Chris & Abbie’s love for craft spirit distillation grew after deciding to escape the rat race and embark on a life-changing trip to Australia in 2014. After visiting all eight operational whisky distilleries in Tasmania, they were inspired by these small producers who were carving a path for hand-crafted premium whisky. Taught by Bill Lark, the godfather of Tasmanian whisky, and armed with a wealth of knowledge gathered from across Tasmania’s now internationally acclaimed New World whisky distilleries and beyond, the ambitious pair have brought their ethos back home to the UK to influence this truly independent craft distillery.

Cooper King Distillery are now launching their Founders’ Club to the public in May 2017. Members will be rewarded with first-release products, rare bottlings, distillery merchandise and lifetime membership.

Founder Abbie said, “We can’t wait to welcome other fine fellows into the Cooper King family to share in the exciting times ahead. Our Founders make this whole project worthwhile; they will be the first to reap the rewards when the stills start flowing with our unique English spirit.”

The couple will be hands on at every stage of production. They will mash, ferment, distil, age and bottle the single malt whisky all under one roof, making them one of only a few English distilleries to do so.

Cooper King Distillery will be offering numerous Founders’ Club reward tiers ranging from £30 upwards, which will make great gifts for whisky and gin lovers. The Founders’ Club launches on 25th May 2017. Memberships are limited and are on a first-come, first-served basis, so those who want a piece of the action are encouraged to act quickly.

Sign up to the mailing list here to be first to hear about the launch and help Cooper King Distillery swap mass-produced spirit for something more adventurous.