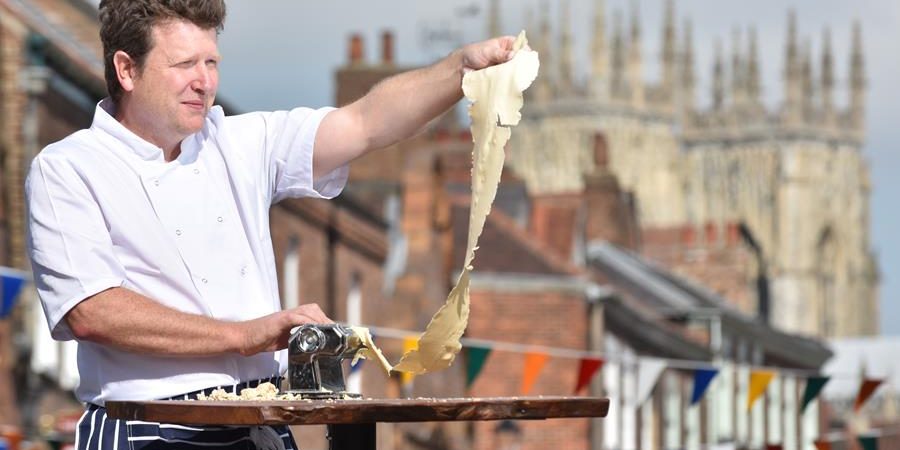 This year’s York Food Festival 23rd September to 2nd October, is offering 1200 places in free hands-on cookery sessions to Primary schools at the festival.  The sessions are aimed at older Primary school pupils (Key stage 2). Places are available to York schools and applications are now open.

The Festival is run as a not for profit company keen to fulfill an important social role.  The Festival Director Michael Hjort said “At a time when the government has failed to grasp the need for a meaningful nutritional policy it is more and more important for the public to master basic cookery skills and understand the basics of nutrition”

The school’s activity is not the whole picture, the workshops are also available free to members of the public after the school day has finished and on the other days of the festival.  Michael said, “this sort of hands-on work appeals to young and old and is always a highly popular feature of the festival.   Its also a great opportunity to for the more adventurous to try something new.”

This is a record number of school places, which are available because of the festival’s presence in the Museum Gardens and Coppergate as well as in and among the food stalls in Parliament Street.  This expansion was trailed last year and as that was a success it is expanding the provision again.

The school’s places are available from Monday 26th until Friday 30th and pupils will get the opportunity to engage in a range of activities from bread, biscuits and pasta making to working with chocolate, making yogurt, cheese and butter and smoking food.

The cookery workshops are part of the wider Festival programme, which will be launched at the beginning of August.

Schools wishing to apply should fill out the online form  or email admin@yorkfoodfestival.com