The Cat’s Pyjamas comes to York 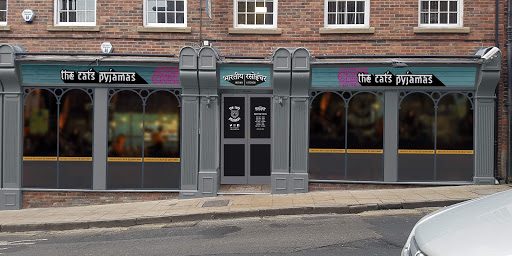 The end of April sees a Yorkshire based entrepreneur bring an independent Indian street kitchen & craft beer concept to York, as part of the restaurants’s expansion, promising to bring age-old authentic Indian recipes within a vibrant, colourful & chaotic environment. The much-loved brand, a favourite with food critic Jay Rayner, has chosen York as their 3rd site for The Cat’s Pyjamas.

The 100-cover restaurant on Cumberland Street is taking over the space once occupied by the much loved Silvanos’ which served the York community for 35 years. The landlord, Steve Hull, is well known in York as a successful businessman & someone who is not afraid to try something new or different. He is excited to be leasing the space to food entrepreneur and Cat’s Pyjamas owner Alison White after hearing great things about her restaurant in Leeds, from his daughter Virginia, who is a regular visitor. At a time of economic uncertainty for large restaurant chains such as Jamie’s Italian, Prezzo, Byron Burgers and Carluccio’s, Steve believes that supporting local independent businesses such as Alison’s is not only the right thing to do but it also makes strategic business sense.

The Cat’s Pyjamas prides itself on its authentic Indian food, prepared by chefs who grew up eating the dishes served in the restaurant. Most of the dishes on the menu do not feature in the more traditional local curry houses found in the UK.

Sole owner Alison White said: “I have fond memories of visiting York as a child, particularly The Dungeons and The Opera House which are going to be our new next door neighbours. Since launching the first Cat’s Pyjamas just over 2 years ago I have been overwhelmed with the support shown to me by each local community I go into. Already the support shown to me by Steve Hull and the other residents on Cumberland Street is heart-warming and I can’t wait to bring something totally different to the area.”

The restaurant will be open from 5pm Wednesday to Thursday and from 12pm Friday to Sunday.