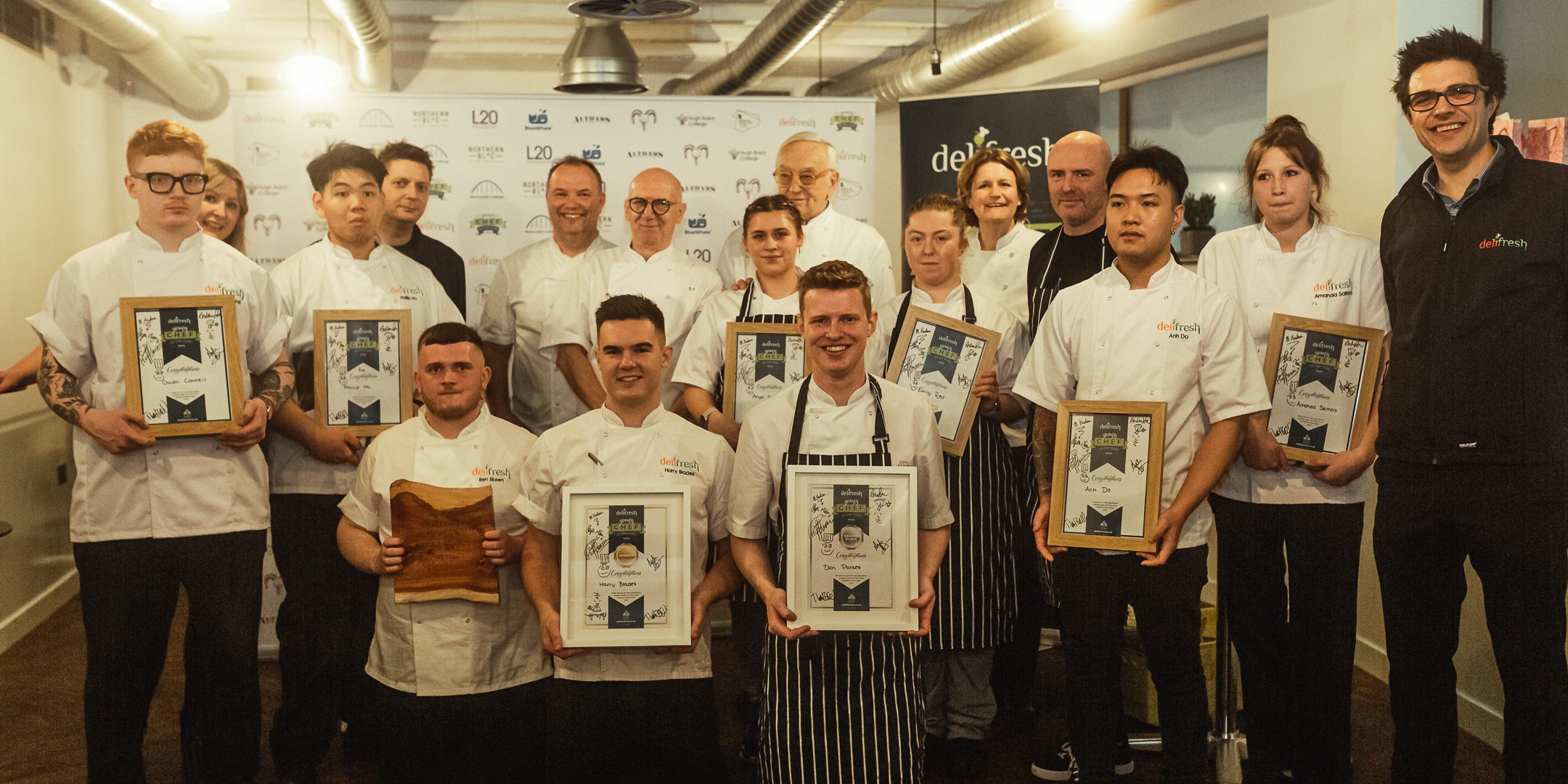 Last week The Grand, York hosted the final of the first-ever Delifresh ‘Young Chef of the Year’ competition in its state-of-the-art Cookery School, with a high-tier judging panel of globally famous culinary profiles. Harry Blades, one of The Grand’s own chefs, won first place in the competition following a showcase of incredible dishes against the nine other contestants in the kitchen.The Delifresh Young Chef Competition was an opportunity for some of Yorkshire’s best up-and-coming young chefs, under the age of 23, to show off their culinary skills, creativity and personal flair. Heightening the award, the winner is offered a luxury three-day trip to France to work alongside culinary expert Gareth Ward, Chef Patron at two-Michelin-starred Ynyshir Restaurant and Rooms in rural Wales.

Harry Blades, who works within the hotel’s restaurant The Rise, served up a roasted duck breast with a duck confit foie gras bonbon, celeriac purée, red cabbage and apple gel, drizzled in a rich, duck jus. For his second course, he served a mouth-watering chocolate mousse with raspberry sorbet, and chocolate tuile finished with a chocolate and Szechuan crumb, gold leaf and raspberries.

Competing against 79 chefs in the previously completed first round, Blade’s dishes led him to success on the finals day and were highly praised by the panel of star judges and stated: “It’s a great honour to be awarded the Delifresh Young Chef winner this year and I could not think of a better place to have won it than in the hotel I cook for. Our Head Chef, Ahmed Abdalla has been a total inspiration for me, helping me through the many extra hours spent in the kitchen refining my dishes for today. The hospitality industry can be challenging but days and events like this gives us confidence in our culinary careers and how we can grow.”

The competition challenged each chef to curate two standout dishes, to be judged by the expert panel: Terry Laybourne of 21 Hospitality Group; Andrew Pern, Chef Director of the Star Inn & Star Inn the City; Stephanie Moon, TV Chef and Chef Consultant for All Things Food; and Pierre Koffman, one of a select few in the UK to have been awarded three-Michelin stars at his London restaurant La Tante Claire .

The competition and its success are a great highlight to The Grand, York and its culinary offering and ability to nurture talent for the future. Guests are invited to enjoy its various culinary outlets all year round, including the recently launched fine-dining restaurant, Legacy, in addition to The Rise for breakfast, Afternoon Tea and dinner, and the hotel’s cocktail bar 1906. The Cookery School is also the perfect place for guests to put their own culinary skills put to the test with the guidance of Head Tutor, Marc Williams.

Delifresh, an independently owned specialist food service supplier founded in 2002, is dedicated to providing its customers who include Michelin-starred restaurants, hotels, events, and conferencing facilities with the finest and freshest ingredients from its high-quality network of producers.