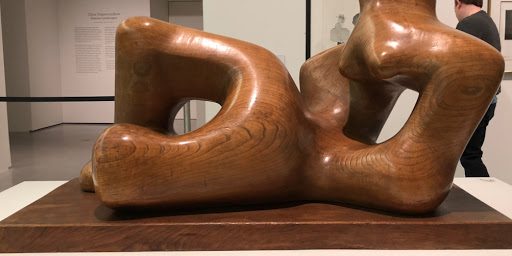 The days of a captive audience being subjected to poor catering on a day out are, thankfully, over. Expectations are now much higher and audiences unwilling to put up with a few limp sandwiches and over priced baked potatoes thanks to museums and galleries taking pride in offering a more rounded experience, including a great food offering. To make sure that they’re keeping pace with the ever improving standard, the Hepworth Wakefield has partnered with Leeds based House of Koko, chef Chris Hale and his wife Sophie to up the game. I popped along to their launch event to check out their plans for The Hepworth Gallery Cafe.

House of Koko opened in Chapel Allerton in 2015, offering a great selection of loose leaf teas and Northstar coffee alongside good quality seasonal food. Along with Chris Hale, who made the quarter finals of Masterchef 2016, they’ve redesigned the dining space and menus to be more befitting of such a prestigious building.

The launch evening started with live music and canapés in one of the gallery spaces. I’ve got to hold my hand up to not having made it as far as the Hepworth Gallery before and was impressed with the open space. The canapés reflected what we’d see on the menu later on, featuring fig, avocado and corn fritters with chilli jam. We’d noted that there was a heavy vegetarian slant to the menu that was explained when Sophie and Chris Ball (of House of Koko) introduced themselves, with Sophie being vegetarian and the guys from ‘Koko vegan. It’s clear that there’s a great deal of passion behind this partnership and project. I was interested to hear more about the opportunity for private events at the gallery, in particular it being licensed as a wedding venue.

After talks, we moved downstairs to find Chris (Hale, not Ball. Do keep up!) demonstrating a wild mushroom ragu that he served on sourdough. Clearly it wasn’t practical to cook for a large group from a single portable hob, but Chris made the dish look fantastic with those limited resources before friendly servers arrived en masse to give the rest of us a plate each. This sort of dish is exactly the kind of thing, in my view, that you want from a day out. Good quality produce that was well prepared and didn’t demand a time commitment that would distract from your visit. The rest of The Hepworth Gallery Cafe menu caters well for vegans and vegetarians with gluten free options available too. I love the sound of their homemade baked beans on sourdough.

After eating, we had the opportunity to try a few desserts and some of the well reputed Northstar coffee. The espresso mousse I tried was absolutely fantastic, deliciously light and well balanced. We ended the evening admiring the beautiful plants from Fleurs before making the journey back to York. The evening had shown a really solid start for this new venture that I’m sure will continue to grow strongly. A return visit is definitely on the cards.