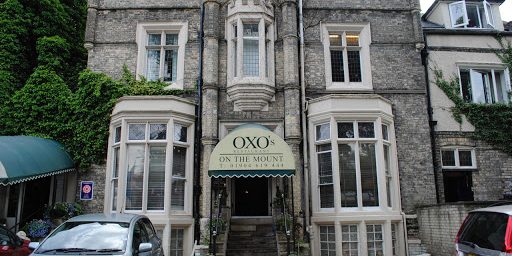 Sunday lunch in a restaurant can be a divisive thing. It presents the opportunity for a structured, multi course meal from an experienced and proud chef, but can have the effect of dulling the experience by virtue of being more formal than one might prefer. No matter how good the food is, if one is chivvied out by staff pre-occupied by turning the place around for the next service, it’s not going to be the relaxing experience one would hope for. It’s for this reason I usually opt for a pub for a Sunday roast, but an invite for Oxo’s on The Mount Sunday Roast promised a high quality and relaxing experience was too intriguing to resist.

I’d not been in Oxo’s on The Mount for around a decade and had no real expectation of the building or experience in prospect, so it was a pleasant surprise to be reminded that the building expands broadly as you make your way past reception into a dining area, more relaxed seating area and a small bar that features a lovely snug in the corner. If there was a real ale on draft, I’d be recommending it frequently as a bolt hole to relax with a newspaper.

We were lucky to be attending on a sunny day, so took a table facing out the gardens, which were larger than I had imagined and extremely well kept, and which benefited from a nice breeze. The server was quick to confirm that the roast beef would be rare so we opted to take one of those along with a chicken dish to follow starters of ham hock terrine and crayfish cocktail. We needed to check an ingredient in one of the dishes, a request that was met with a constructive suggestion and helpful substitution by the kitchen.

While starters were prepared we enjoyed the caper and tomato butter and checked that the bread passed muster, establishing that it certainly did before the generously portioned starters arrived. The piccalilli was particularly engaging, featuring light pearl onions and working well to cut through the terrine without overpowering it. The crayfish were numerous and lightly dressed, sitting on a sensible volume of lettuce.

Having been promised rare beef, there wouldn’t be much in life that could have ruined the next twenty minutes if it had cooked through, though thankfully this wasn’t the case and the meats were both cooked to the right point with the chicken remaining tender as well. Alongside the meats we were presented with the customary mountain of vegetables to attempt, including a lovely cauliflower cheese as well as the more usual roast and steamed fare. Roasties and Yorkshires were present and correct on the plate too along with a red wine jus, a backup jug of which we also recieved and took advantage of.

We finished the meal with a sticky toffee pudding and a stroll around the gardens, noting the outdoor pool and spa facilities. There’re a couple of things that could be improved, for example I think the server was politely keeping distance after we finished the dessert, so coffee was out of reach, though I suspect he was trying to avoid the dreaded sense of being rushed. Also a few bits of the decor could do with updating, a TV showing a fake fire particularly jarring with the grand building, and a real ale on draught should be a given. That said, Oxo’s on The Mount Sunday lunch offering occupies an advantageous position with its ability to enjoy pre drinks in a nice bar and post drinks in a garden while most importantly offering a pretty unique combination of restaurant service and pub relaxation while nailing a good, hearty Sunday roast.

Disclaimer: Our meal was complimentary for the purpose of this review. Opinions expressed are impartial.