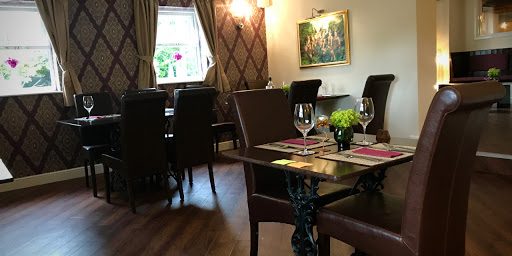 If you head out of York toward Pocklington regularly then you’ll have noticed a large fairly undistinguished building that, if memory serves, previously housed a steak restaurant. I’ve no idea how long the building was vacant for, but it’s now re-emerged as Thai Season by Pritsana restaurant with rooms after an extensive refurbishment. When the offer to attend their grand opening evening arrived, it was gratefully accepted.

It’s clear that a lot of effort and money has been put into the venue, both in the restaurant and the nicely appointed rooms, each of which is decorated to reflect an area in Thailand. The rooms also benefit from some remarkably elaborately folded towels, a skill I can’t imagine where I’d begin to learn!

To start things off, we had a chat to a chef as he prepared a Som Tum (papaya salad) to our tastes, adding plenty of lime, chilli, dried shrimp and garlic. The salad was remarkably light and refreshing, a perfect way to spark off our taste buds before we hit the buffet. It’s not unfair to say that a hot buffet doesn’t offer the most opportunity to exhibit a restaurant’s skills, but everything we tried hit the right notes. Prawn balls and spring rolls were light and well seasoned while the jasmine rice, yellow curry, Massaman and other Thai staples were well executed.

We enjoyed the evening and I’ve every intention of popping back and checking out the a la carte menu to see what Thai Season by Pritsana can do without the constraints of a buffet for a large event.