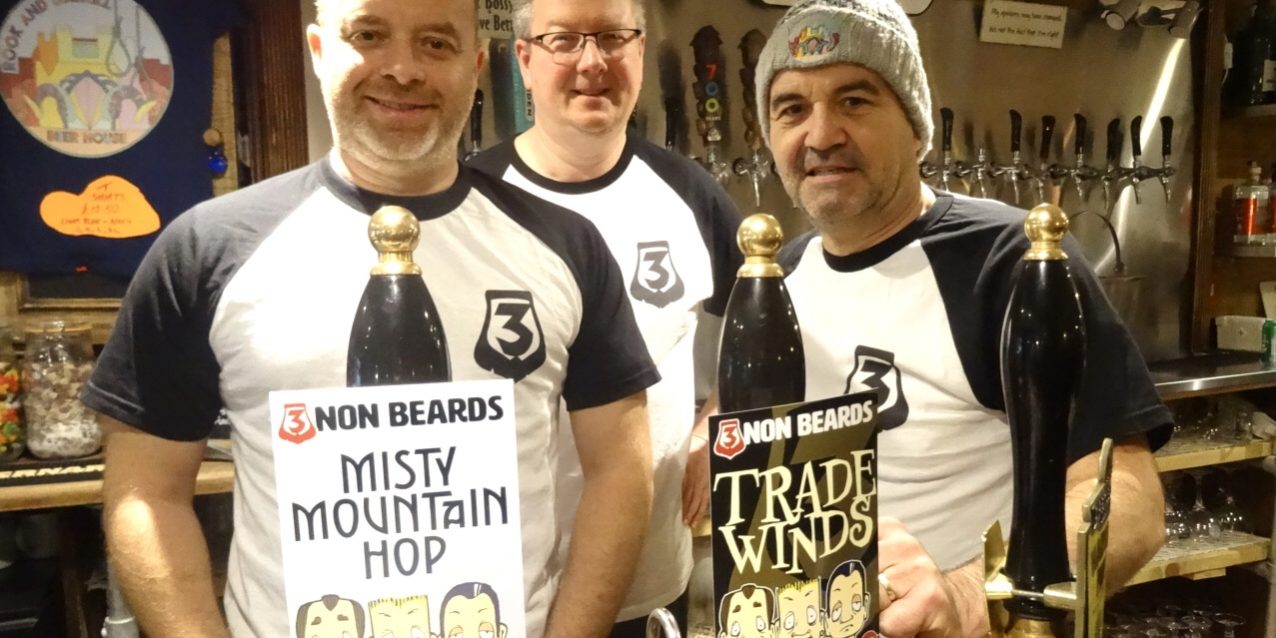 A new brewery has opened just yards from York’s Bar Walls, in the cellar of an award-winning pub.

3 Non Beards has been set up by friends Andy Aspin, Paul Marshall and Jason Simpson and will officially launch next week.

The brewery is based in the basement of The Rook & Gaskill in Lawrence Street, making it the only brew pub in York and meaning customers can now enjoy beer produced right below their feet.

Mr Marshall is also landlord of the pub, which will host the launch party next Wednesday evening. There will be four of the brewery’s first beers on the bar and competitions and giveaways.

Mr Marshall and his wife Mandy have run the pub since 2013, and had The Waggon and Horses across the road for five years before that. They have won York Camra’s Pub Of The Year Award once at the Waggon and twice at The Rook and Gaskill, and Mr Marshall said he had long wanted to open a brewery as well.

“Since we came here, I’ve known I wanted to do this as well,” he said. “I have spent days with some of the fantastic brewers who supply the pub and it became an ambition to be able to have beer on the bar that we had made ourselves right here.”

“Beer has advanced so much in the last ten years and people always want different things, and this will now be the only brew pub in York.”

The brewery will supply some beer festivals but the beers will not be available in other pubs in the city.

Mr Simpson works for a software company that he had founded then sold, and Mr Aspin is a microbiologist at FERA at Sand Hutton. They began home-brewing together five years ago and wanted to progress, and said the opportunity to team up with Mr Marshall and go commercial was ideal.

“To be able to produce beer that we like and have it available in a pub that we like is fantastic,” said Mr Simpson. “When we put the first pilot beer on the bar and it flew out in three hours, it was a phenomenal feeling.”

Mr Aspin thanked companies that had helped them to establish, including local breweries Bad Seed, Brass Castle, Brew York and Turning Point, and ES Fabrications, who made the brewing equipment.

The brewery launch event is in the pub from 7pm in December 18. The first beers include a pale ale called Misty Mountain Hop, a vanilla porter called Trade Winds, a cherry beer called Serendipity and a grapefruit IPA called Forbidden Fruit.

Mr Marshall said: “Come along for a unique evening, to try brand new beers from the smallest commercial brewery in York.”