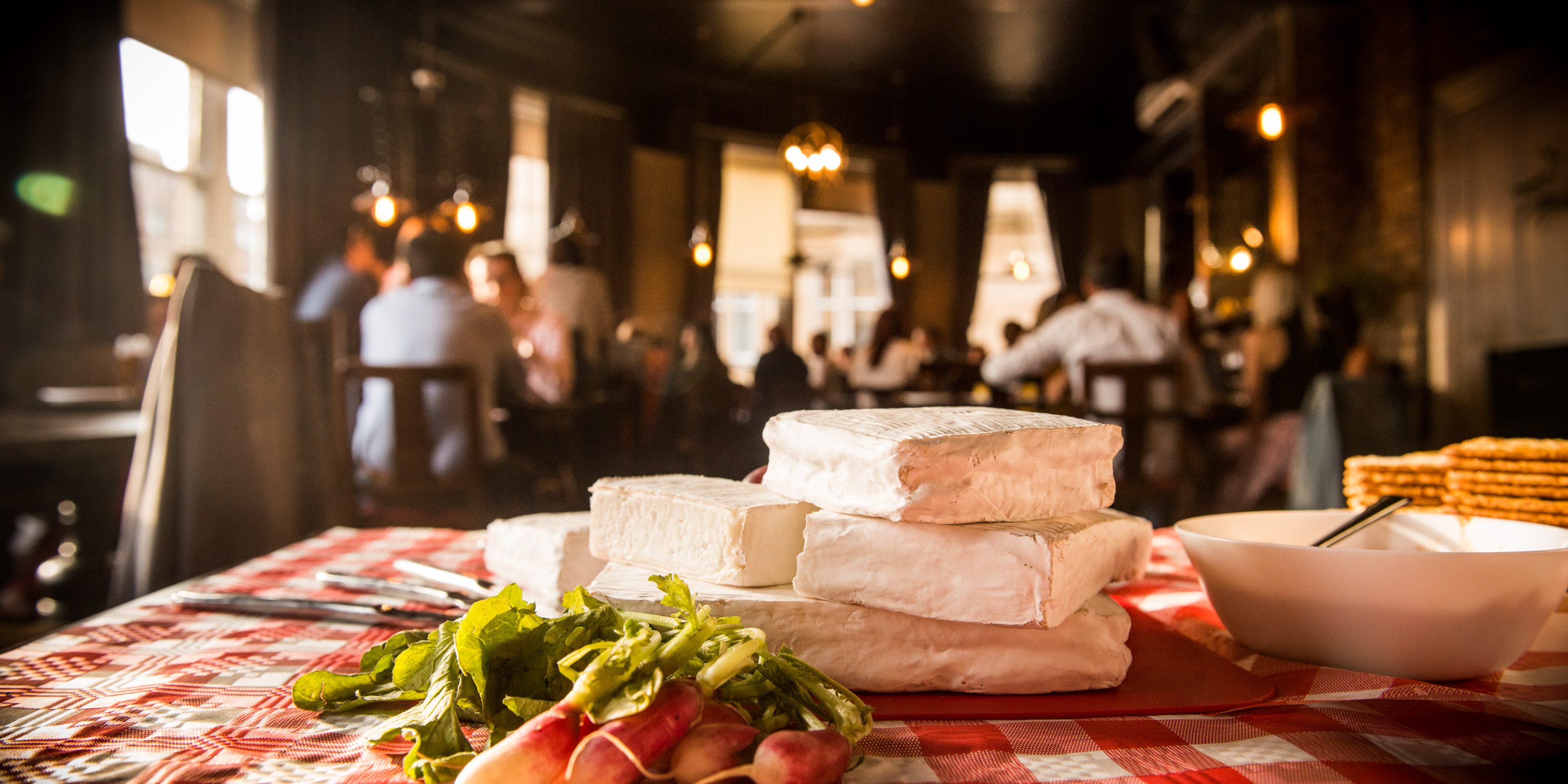 How could I possibly say no to “an all you can eat cheese party”? The idea of turning up at a venue and gorging oneself on a selection of eight different quality cheeses is a very compelling one, that clearly needed exploring when this invite arrived. Homage 2 Fromage have been running these events in Leeds for some time, and now serve up tasty events in Sheffield, Harrogate and Manchester. The next entry on that list is York, so I went along to their launch event to make sure it lived up to its promise.

The venue for this launch event was Lendal Cellars, somewhere that I’ve not been for a good while. Since its refurb a few years ago, it’s notably more salubrious and less damp smelling than previously so was a nicely subterranean way to block out as many external stimuli as possible and focus what really matters: cheese.

The evening started promptly, within a few minutes of the advertised time, with a brief introduction to Homage 2 Fromage and explanation of how the evening would run. Unexpectedly, we weren’t given any detailed information about the cheeses before we got stuck in further than direction about which rinds were to be avoided. With those formalities completed, we were directed to get our elbows sharpened in time for the shout of “Cheese!” that would inspire a free for all.

The eight cheeses chosen were pitched as a “Greatest Hits” selection that would include plenty of crowd pleasers as in introduction to the format before, presumably, future events feature more challenging and esoteric selections. There was certainly no shortage of cheese, with a correspondingly tiny chance of missing out. We were directed to take a thumb sized piece from each of the cheeses and this turned out to be sound advice… though some of our fellow diners must struggle to use cutlery if their thumbs really were that disproportionally large.

After roughly an hour of cheese based debate, the identity of the eight cheeses was revealed. We had at least identified the style, if not creamery of most of the cheese. Amongst my favourites were an aggressively scented soft Munster and Montafino Affine, billed as a triple cream blue. Charcoal Cheddar was a striking addition and it’d take a particularly cheerless sort to be disappointed by Colston Basset Stilton or Montgomery Cheddar. A light brie (not as feisty as I prefer) and a Sao Miguel from The Azores also featured along with a Kit Calvert Wensleydale. We were told that this is the only unpasteurised Wensledale available and it was certainly distinctive, its bolder flavour leading to our failure to identify it without direction.

With the explanations out of the way we were left to our own devices to work through as much or little of the generous stocks of cheese available. To facilitate the cheeses were generous quantities of crackers, bread and chutneys. You could spot the repeat visitors by virtue of their supplementing these with a few of their own treats. Next time I’d certainly bring along a few olives, sun-dried tomatoes and so on to cut through the fat content.

With tickets to these events coming in at roughly £15, it’s a very easy experience to recommend. That’s not a large amount of money for a large quantity of good quality cheeses; this certainly isn’t a formal selection of meagre tasting portions. I’ll certainly be keeping an eye out for opportunities to explore more cheeses with these guys and strongly suggest you do too.