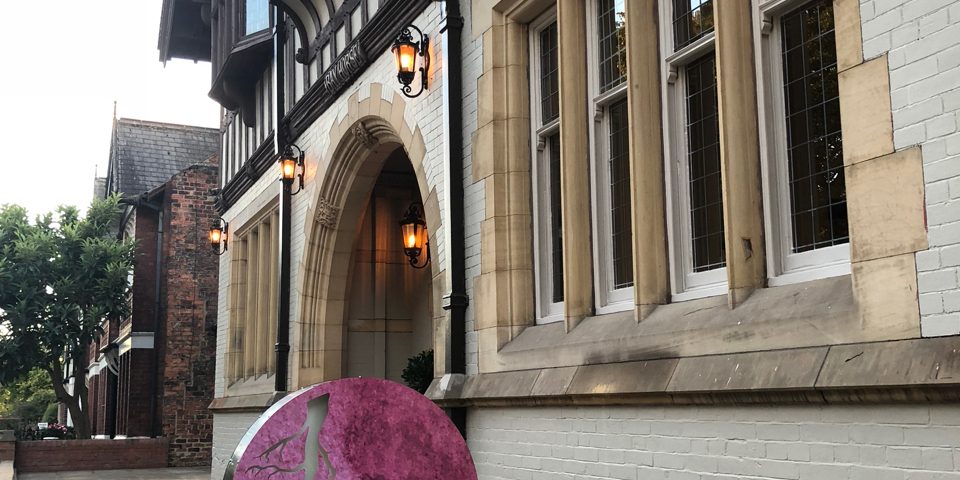 It’s something of an understatement to say that the last few years have seen an upwards trajectory for The Black Swan at Oldstead and the Banks family. Since taking over the kitchen at Oldstead, Tommy Banks has retained its Michelin star, won Great British Menu twice and seen TripAdvisor name the restaurant the Best Fine Dining Establishment in the World. In the last twelve months the family have capitalised on that hard earned momentum with Tommy publishing his first recipe book, Roots, along with opening a second restaurant right here in York that shares the books name and focus on seasonality as defined by the Banks family. I was very lucky to attend the Roots York Launch.

Rumours of the location for The Black Swan’s sister restaurant circulated for some time and the location remained a closely guarded secret until a few people put two and two together to figure out that the recently closed Bay Horse on Marygate would eventually be the home of Roots. This is a building that has been under-utilised for too long so it’s a great pleasure to see it given the renovation it deserves. I was keen to get in and try the food as quickly as possible so more than happy to attend the Roots York launch and see what all the fuss was about.

It’s fair to say that in the early days after any restaurant opening, one always sees a few loose ends that the pressures of time have left hanging. There were a few minor details lacking on the night I attended, but nothing worth getting excited about. These guys know that the hard work involved in running a restaurant certainly doesn’t end with the doors opening so these will be taken care of by now. The upstairs of the building is a bar area now offering cocktails and drinks to enjoy before dinner which make use of herbs from the wonderfully well stocked garden in Oldstead. This is exactly what I did before heading downstairs to the dining room for the main event at the Roots York launch.

Tommy’s cookbook, Roots, redefines the seasons into three (The Hunger Gap, Time of Abundance and Preserving Season) and that approach will inform the menu at Roots throughout the year. The menu offers small plates which, while divisive amongst critics, still remain popular with the public. I can happily see my way through a small plate menu as much as a la carte but if you’d rather skip the decision making there’s also a “Roots Feast Menu” available for £55 a head which is intended to allow the whole table to get a curated cross section of the current season’s experience.

The food started, rather unsurprisingly, with bread and butter that came with seed crackers to give textural variety before the main event began. Regardless of the restaurant, I’m always wary of filling upon bread and butter while wanting to enjoy a multi-course meal so after double checking expectations were met, I throttled back and waited for the next course, which turned out to be kale in sheep’s yoghurt with pickled walnuts and cured egg yolk. It was a pleasure to start the small plates with such a light and refreshing few mouthfuls, the sharpness of the yoghurt never threatening the flavour of the leaves. Things got more substantial with the next course of fermented turnip bao buns with lamb. Delightfully soft bao buns wrapped themselves around finger sized morsels of lamb to give a well rounded few mouthfuls before the next dish arrived.

Garden pea falafels with carrots and pork fat were one of the stars of the evening. The shavings of melting pork fat struck upon a winning combination with the fresh carrots that also graced the plate. By this point, the table was well into the swing of things and ready for more so after a short pause we gratefully accepted cured trout with Oldstead piccalilli. The contrast between the fish and piccalilli, presented as a sauce underpinning the dish, worked beautifully and continued the accurate balancing act of flavours we’d enjoyed so far. Next to arrive was a headliner: craupaudine beetroot cooked in beef fat. This has become a signature at The Black Swan so it’s a real treat to find on the menu here. The beetroot spends upwards of five hours being slowly cooked in beef fat then is served with linseed crackers, smoked cod’s roe and beetroot discs. The texture and flavour that this cooking process imbues this variety of beetroot with is distinctive, rewarding and compelling, even more so with the cod’s roe. It’d be a brave move to ever strike this one from the menu.

With the “meatroot” done it was time for another famous dish, this time the Great British Menu winning “Turbot, Strawberries & Cream”. This is the second time I’ve been lucky enough to enjoy this dish and my happy memories were validated by the relaxed pleasure it gave to the group. By this point, we were drawing to the end of the savoury courses with only two to go. The penultimate was one that I’ve actually made a decent fist of myself with help from the Roots recipe book. That said, I think it’s reasonable to say the Roots team pulled it off better than I did! Ox cheek is always a delight when cooked correctly, as here, and it marries to cauliflower wonderfully well. Last up was a relatively conventional plate of skirt steak with what was described as “hash brown chips”. The char on the steak was satisfying and did the meat justice while the “chips” felt suitably indulgent.

Our two dessert courses were white chocolate, Douglas fir & lemon verbena and Mary Banks’ apple cake with creme fraiche and Oldstead honey. A few mouthfuls of these ended the feast entirely appropriately, feeling indulgent and well balanced. My preference was for the Douglas fir and lemon verbena thanks to the deft lightness of touch applied to it.

Roots has made a successful entrance to the York food scene judging by the amount of social media engagement I’ve seen and reports I’ve heard about the reservations already taken. There are a few risks associated with this venture: I worry that people will come expecting the full Black Swan experience and be disappointed. That’s not a criticism of the offering here, but there’s no denying that the Feast menu at Roots comes in around half the price of the Black Swan tasting menu. To be frank, both offer good value for the experience you get in but the guys perhaps run the risk of being a victim of their own success, having set the bar so, so high at Oldstead. Fifty odd pounds a head is very reasonable for a meal as enjoyable and broad as this and the emphasis on seasonality only offers more reasons to return. I’ve already booked my next visit and I’m confident it won’t be my last. It’s safe to say the Roots York launch was a success.

Disclaimer: No charge was made for my attendance. Opinions are impartial.​