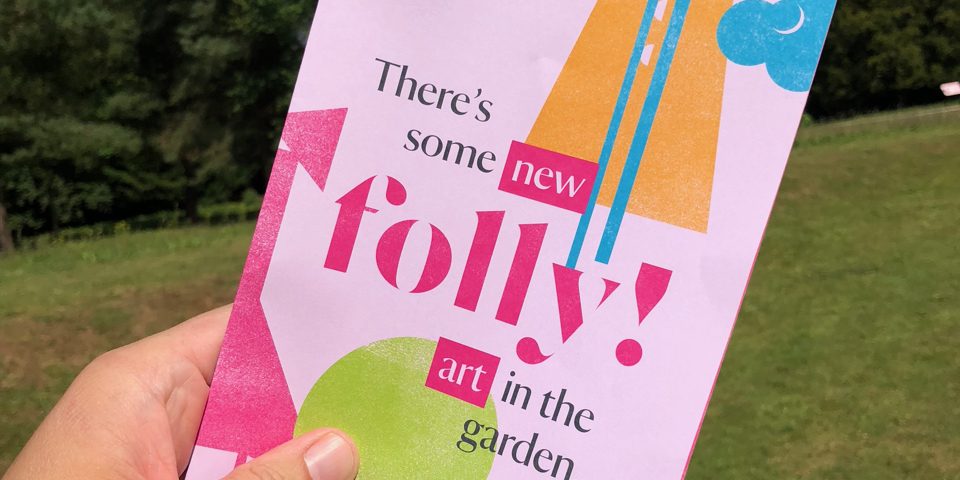 Yorkshire has so many beautiful places to visit it can be hard to decide where to go. This summer, Fountains Abbey has further made its case for a visit by adding a series of follies to the gardens at Studley Royal. These plot a nice walk around the gardens and provide distraction for little legs on their way round. It’d been long enough since I visited Fountains and Studley that I can’t name the date, or even year, so I was excited to receive an invite to pop over and see what the follies added to the gardens.

We started the day meeting some lovely family bloggers from the region for a picnic on a lawn in front of the beautiful Banqueting House. We were very lucky to have plenty of sun as we ate given the catastrophic forecast, so made the most of it. Our hosts had laid on croquet, bubble wands and a host of ways to have fun that will serve to prompt us for entertainment when we return with Baby Fork as she grows older. The Banqueting House was a lovely backdrop and also housed the opportunity to get dressed up in period clothes before we started our tour of “Folly!”.​

Our first port of call was the Gazing Ball, a polished sphere that reflected the tranquil, still ponds in the near distance. The ball was perched on what looked like a stylised climbing frame with windows of varying shapes framing the horizon in different ways. While the smaller members of the group busied themselves scaling the structure, we enjoyed the views and noted the small sculpture of a human heart proudly presented at the top.

Next up was the product of a young mind, a cloud designed by 11 year old Foster Carter​ which was​suspended from a frame. His was the winning entry amongst over 1800 that were submitted, so I’m sure he’s enormously proud to see his design come to life. It’s fair to say that the recent weather has been rather extreme so we pondered the irony of sheltering under a an artificial cloud on a blazing hot day while playing chicken with a weather forecast that suggested impending doom.

The next part of our journey took in some spectacular views across the gardens, placid lakes and trickling waterfalls as we approached the Listening Tower. This houses a mechanism to maintain a constant, gentle dripping of water, audible when you put your ear close to one of the listening holes punched into the tower. I loved the symmetry of the distant, gentle drip of water in my ear while looking over another stunning view, this time of the serene lakes beneath us.

The last folly was reached by a bit of a steep climb that the more ambulatory kids tackled with more enthusiasm than I could make apparent while pushing a buggy. The climb was rewarded not just with a much needed ice cream, but also with the sight of an enormous stylised parrot with a rotating head housing the lens for a camera obscura. The children (and adults) loved the bright colours and striking design of this one that contrasted neatly with the more traditional layout of the garden. The folly’s innards hid the opportunity to take in the parrot’s eye view, projected onto a plate in the middle of the space that had to be in otherwise pitch blackness. It’s rare to get the opportunity to mess around with a camera obscura, especially with views such as these to take in. I think the last time I got my hands on one was in Dumfries, lovely in itself but perhaps less picturesque than Studley Royal Gardens.

Having taken in the follies, we carried on pushing our luck with the weather to take a stroll around the Abbey ruins. These were just as imposing and evocative as my childhood memories suggested and something I’d more recently spotted in the recent BBC drama Gunpowder. Having been to a recent evening event in which the Abbey was illuminated, my partner was able to pick out some carvings revealed then that wouldn’t otherwise have been obvious. As we made it back to the car, raindrops had started falling, which quickly turned into sheets of water that tested our windscreen wipers to the limit, but did nothing to dampen the enjoyment of our visit.

At five months, Baby Fork isn’t doing too much in the way of listening for water, climbing sculptures or marvelling at the camera obscura, but it was a delightful to see in attendance the other kids of varying ages all enjoying their visit, as were the adults. Between the gardens, abbey and sculptures, there’re plenty of attractions here to fill a day out. I’ll be keeping a close eye on the schedule to make sure Baby Fork gets to appreciate it in the future.

​Disclaimer: No charge was made for our attendance. Opinions are impartial.