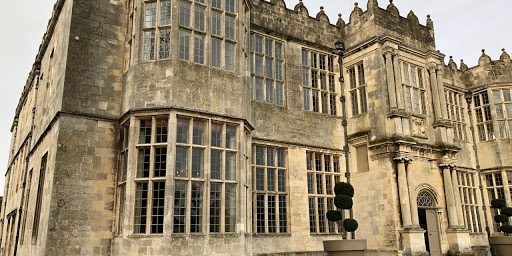 Having been either resident of or a regular visitor to Yorkshire for my whole life, I thought I had a good handle on most of the spectacular buildings around this beautiful county. From hugely famous structures such as Castle Howard to more recently publicised residences such as Goldsborough Hall, I was pretty confident that I’d at least heard of most of them. That confidence took a bit of a knock when I was invited to Howsham Hall to check out how well it would function as a wedding and conference venue. When I consulted the map, I was even more confused as it became evident I’d passed within a few miles of Howsham many times over the years, so it was with some anticipation that I passed through an imposing stone archway to approach the property.

Howsham Hall is a Grade I listed building that is part of an estate formed of 11,000 acres which has, in its recent life, been treated to a sympathetic restoration. It was originally intended to make it an opulent private residence, but has since been co-opted to function as a noteworthy events venue. The private drive approaching the building offers a great chance to take in the scale of the building that sits dramatically on the horizon, growing to increasingly impressive proportions as you get closer until it fills your vision in spectacular fashion.

I was treated to a tour and found that as you make your way around the building, the scale remains hugely impressive. The space allocated to the bridal suite in particular is extremely striking. The rooms all take their names from local areas and are, without exception, beautifully appointed. Each one had an en-suite significantly larger than bedsits I’ve been “lucky” enough to live in before! As we made our way around the building, I increasingly lost my bearings thanks to the seemingly never ending array of rooms to take in. It was very quickly apparent that this would be a stunning venue for any wedding or corporate event, if probably a touch out of my personal budget. (Thank goodness I’m not intending any further weddings!)

We ended the tour with a beautifully presented afternoon tea that afforded more time to check out the primary event spaces in the Great Hall and Drawing Room. The savoury and sweet elements of the afternoon tea were well balanced and a neat demonstration of the standard of catering one would expect to match a venue so grand. It’s worth reiterating that this isn’t a restaurant with a menu that you can pitch up at to try your luck for a table. That being the case, the main thing to note about the food we were served is that it was indicative of a wider competence to fit such a grand environment.

It’s something of a shame that there’s not the opportunity for the general public to be able to visit on a more regular basis, but those lucky enough to be attending an event here will undoubtedly be blown away by the building and its refurbishment. Regardless of if I get the opportunity to return, it’s a privilege to have made this building’s acquaintance.