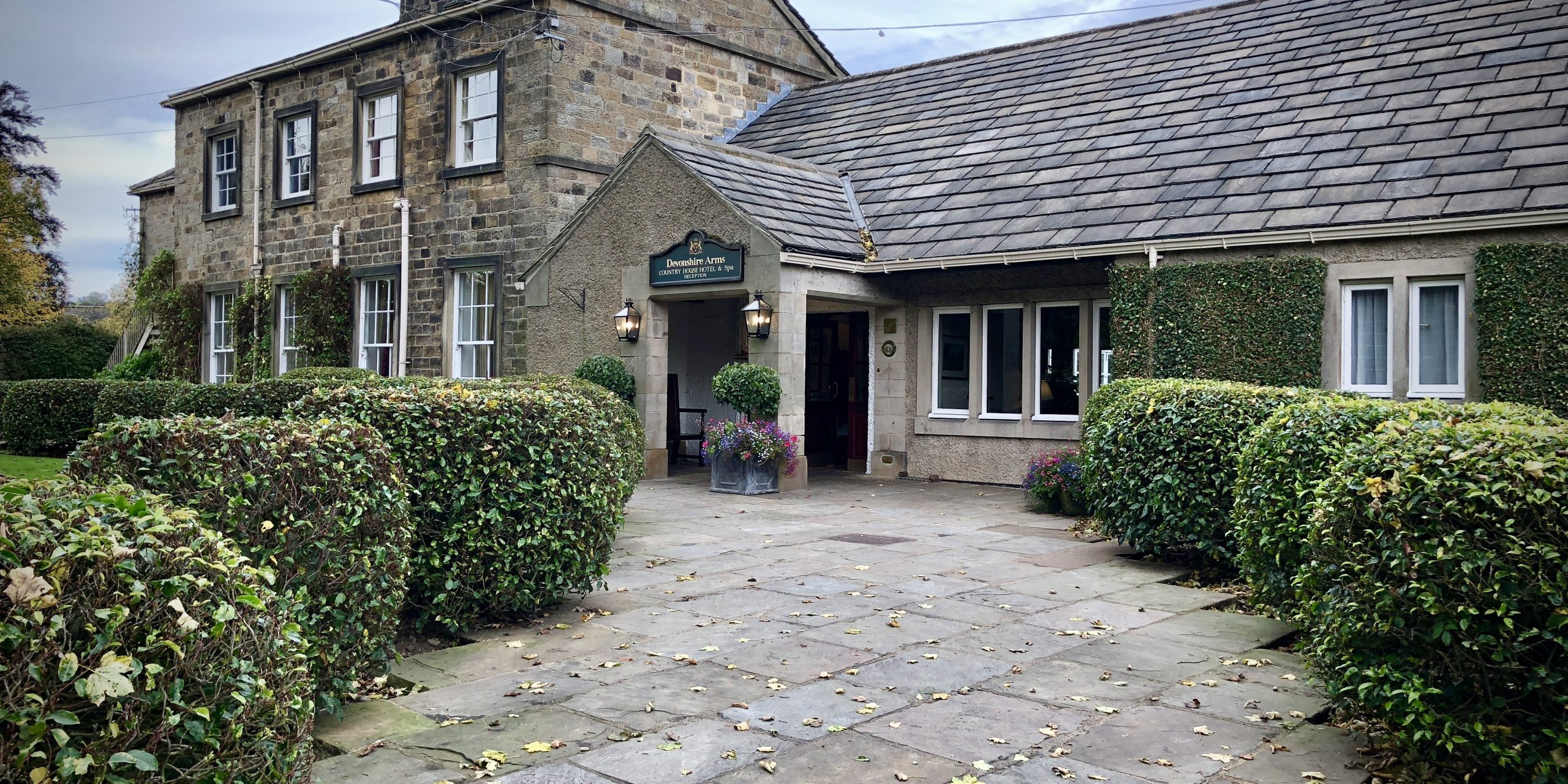 The Devonshire Arms, which occupies a picturesque space at the edge of the Yorkshire Dales National Park, enjoys somewhat iconic status in the region. The hotel and restaurant are well established as one of the most welcoming and luxurious places to stay and dine in the area, while the spa facilities offer many other vehicles to help your relaxation and wellbeing. The market that the Devonshire Arms serves is one that demands continuous improvement, to which end it has recently appointed a new head chef. I read up on Paul Leonard, who’s been appointed to that role, and let the excitement grow on the journey over.

The Devonshire Arms sits a short distance from the River Wharfe projecting calm as I arrived, and a friendly concierge spirited my luggage away to the room reserved for my arrival. I was due to stay for one night and my mid-afternoon arrival didn’t allow huge amounts of spare time, so I forsook the spa in favour of walking down to take a look at Bolton Priory. Equipped with directions from the reception staff, I took advantage of the unseasonably nice weather to remind myself how beautiful a part of the country this is.

Having burnt off a few calories to justify the coming meal, it was time to meet Paul and hear about his ambitions in his new role over a stroll around the kitchen garden. Paul has joined the Devonshire Arms from the Isle of Eriska – Michelin-starred during his tenure as head chef – and brings a wealth of experience back to his native Yorkshire. His passion and enthusiasm for curating a dining experience that stretches all the way from growing produce to getting it out to the table is clear and is reflected in the huge amount of work he’s already put into the kitchen garden. The Devonshire also produces its own honey which we sampled as an ingredient in a potent ‘hot toddy’ made with sloe gin as we made our way round the garden, which is set to look magnificent when in bloom.

Continuing our tour of the garden, we’d succeeded in blowing a hole in the schedule by waffling on and bombarding Paul with questions, which were all answered openly and with good humour, so by now it was time to repair to my room and dress for dinner. Suitably attired (and it must be said, looking uncharacteristically smart) the group reconvened for sparkling wine and canapés.

As we enjoyed the canapés, the sommelier made a casual remark about how many bottles of wine were in the cellar, quickly accepting the challenge to show us around on the proviso that it’s not strictly a public space. It was fascinating to see where the really expensive bottles lived, but just as satisfying to return to the canapés, among which the cep arancini balls really stood out.

The first of the seven courses we were due was a combination of pork cheek and langoustine, bound together with celeriac and truffle. Given that I love pig cheek, langoustine, celeriac and truffle, it was always going to be a stretch to be disappointed and I certainly wasn’t. Everything was executed perfectly and set high expectations for the next plate of carrot with smoked eel decorated with edible flowers. The Riesling we were served went wonderfully, doing a great job of highlighting the smokey notes, though the carrot could have done with a touch more softening. A minor criticism, but with the standards Paul is aiming for (and achieving), it’s a touch more obvious than usual.

Next up came a rose veal tartare, another open goal in some regards given my preferences, but when viewed objectively, the dish was very well prepared with some radish slices from the kitchen garden cutting into the the rich meat and nasturtium leaves dotted around the edge of the plate.

The fish dish put artichoke puree around John Dory, generously paired with clams and a luxurious sauce. The sauce’s rich texture belied a lightness of touch that allowed all the elements to retain their own voices. Venison loin starred in the final savoury course supported by mushroom and onion. When I spoke to Paul later, he was keen to highlight that everything he’d served had been cooked using traditional techniques rather than taking, what could be regarded as, shortcuts such as water baths. The loin was absolutely beyond reproach, well rested and impeccably tender to pair with a classic Chateauneuf De Pape. Even amongst the raised expectations of the evening, this was a tremendously satisfying dish.

The two sweet courses made use of greengage and apples to good effect; the savoury crumb and ice cream alongside greengage and cucumber made a refreshing few mouthfuls while the apples became so ornamental as to almost discourage one from eating.

With the evening drawing to an end, we retired to the dog room (yes, the Devonshire is dog friendly and even offers four poster beds for dogs should you feel your pooch deserving) to compose ourselves and chat about the great food we’d enjoyed before retiring to the comfortably appointed bedrooms.

The following morning found me well rested and ready to get stuck into a fantastic Yorkshire breakfast of bacon, sausage, black pudding, tomato, eggs and toast. A single night’s stay in a hotel can easily be tainted by an underperforming breakfast before you leave, but there’re no such worries here. All the ingredients were as welcome as the friendly service.

After only two months, Paul has made his mark on the food at the Devonshire, which remains worthy of its strong reputation. It’s a great destination for relaxation and fine food which thoroughly deserves a visit.

Disclaimer: No charge was made for my stay, opinions remain impartial. Rooms start around £178/night and the tasting menu is £79.50/person plus wine.