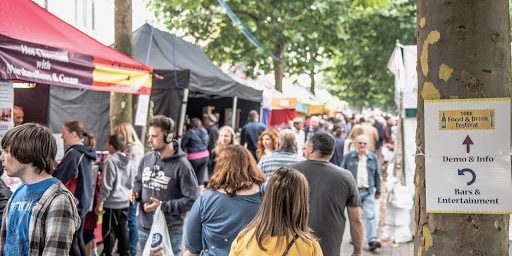 It’s only a few short months until the York Food Festival takes place at the end of September, so to get us warmed up the guys are putting on a taster event this weekend (10th and 11th June). The event will feature the usual mix of stalls, street food, bars and demos alongside the newly expanded ale trail.

Over the two days of the York Food Festival Taster event there’ll be Thai, Greek, Jamaican and Indian street food alongside rather intriguing sounding Taiwanese pork pies, while the demos will be handled by Joel Arnold and the marvellous Steph Moon alongside Rafi’s Spice Box.

The newly expanded ale trail will now run all the way through to the September event, giving a whole lot more time to fit in all the venues, numbering more than 20 this year. While you’re thinking about the drink offering for the weekend, make sure you fit in time for a sampling of Brew York’s new lager too!

Make sure you have a fantastic weekend and let us know what you end up sampling!