York’s other Minster, The Minster Inn 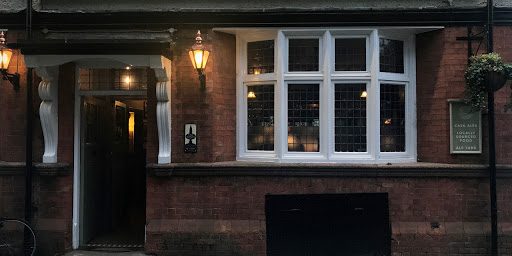 I had a brainwave last year. A friend had moved to the Bootham area and had been struggling to find a decent local pub. Admittedly it took my brain a little too long to alight on the Minster Inn, but when it did I proudly trekked over ready to introduce said friend to his new favourite place. Sadly that trip ended with my tipping off the press that the Minster Inn would be closing the following day. Great intentions for that evening, but execution a little off.

After a period of closure and the finding of a new tenant, the Minster Inn has been subjected to a sympathetic renovation that, thankfully, hasn’t ruined the character of the interior rooms and bar, but has introduced luxuries such as indoor toilets. Part of the refurbishment has sacrificed one of the small rooms in favour of a kitchen that now offers pizza and tapas. While I’ve not got around to following up that visit and proving myself right to the friend in question, I did have the chance to pop back with another couple of lovely people to see if the food was up to snuff.

While now offering food, the Minster Inn still works just fine as a pub. The front bar still houses friendly locals and the real ale is both varied and well kept. Back in my early days in York, this is somewhere I bumped into a chap who lived a few doors from me a couple of years previously…in Cambridge. It doesn’t feel any less friendly now.

When we got to ordering food, we chose three tapas dishes and a pizza to share. The prawn and chorizo pizza, marinated anchovies, stuffed peppers and garlic mushrooms weighed in at £24 with a couple of drinks. Very reasonable recompense for dinner for two and a beer each. There was a bit of a wait on food, but fair warning was given from the friendly servers.

When the food punctuated our conversation, the pizza presented well with generous toppings and thin crust. The tapas varied in promise from nicely presented mushrooms on toast to a modest portion of anchovy. Of the three tapas dishes, the mushrooms stood out, presented on fried bread and with a balsamic dressing. The mushrooms were richly dressed and contrasted well with the crisped bread. Stuffed peppers were less successful, throwing out a unexpected amount of heat that threw the whole table. They were by no means a terrible thing to eat, but didn’t deliver what any of us expected. The anchovies were salty and satisfying to go with a drink. It’s fair to say that none of this stuff is fine dining, but as a well priced way to supplement drinks with friends on a casual night out, this really hits the spot. It’d be remiss of me not to mention that the pizza had an unexpected bit of topping in the form of a shard of plastic, but no harm done and the server looked mortified beyond words when informed, quickly returning with complimentary beer to make up for it. If it wasn’t on the wrong side of town for me, I’d be back a lot more often!