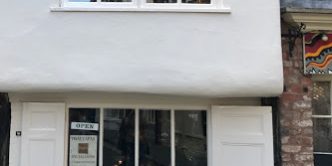 Small plates are bang on trend right now and the concept has been earning plaudits in York with Mr P’s Curious Tavern and Skosh getting excellent reviews both from ourselves and the nationwide press. The latest business to hit this style of dining in York is Phranakhon on Grape Lane, who offer Thai tapas style dining. It seemed unlikely that the combination of Thai flavours and small plates would disappoint, so we headed along to double check.

When we arrived on a Saturday evening, it became clear that this place was starting to build a reputation. I’d foregone bothering to book a table on the, apparently incorrect, assumption that a newish restaurant wouldn’t be packed out, so when we arrived at half six we were only seated on the basis that the table would be needed back in an hour. With no time for too much debate, we ordered some beers and only a few plates, fearing that we wouldn’t be able to pack too much into a brief sitting.

Thankfully service was quick given our compressed timeframe and plates were despatched from the kitchen quickly. We opted for some steamed rice and stir fried broccoli to accompany plates of lamb red curry, “Legendary” crispy pork belly and salmon tartare that were well presented if a little bit of a squeeze on the small table for two. The highlight was the beautifully balanced pork belly that had been simply paired with some wilted greens and packed in plenty of garlic to go with its oyster sauce dressing.

The lamb curry was less exciting but well executed and as richly flavoured as one would hope. The salmon tartare came well presented with a bed of cucumber, a small salad and a dressing to soften the spice as needed. The plate would have benefited from a bit of a wipe to remove excess moisture but the shallot, salmon and chilli worked well together along with the egg yolk to bring together a lovely, though aggressively spiced, dish.

Having hit our time limit, we settled a very reasonable £40 hit to the pocket and left very happy. The small plate thing has its critics, but if you’re happy with things arriving as they’re prepared, Thai food lends itself well to this style of dining, so we’ll certainly be back to Phranakhon to investigate the menu in more depth.