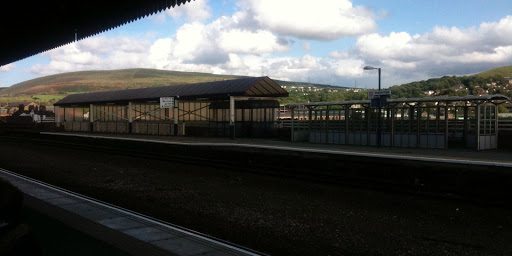 Ever since Oz and James shouted about it a few years back the Transpenine Ale Trail has been gathering momentum. I got stuck into it for a second time recently with fairly predictable results given it was a stag do.

The format’s pretty simple. Take a train to Stalybridge, drink some beer there, then get back on a train and get off to drink more beer….repeat until home. This popularity and transparency of purpose very much has a downside though. I recall reading about problems with people urinating on the trains. Not in itself a massive issue, or it wouldn’t be if said urination was confined to the toilets.

The first time I enjoyed the Transpenine ale trail was about five years ago with a couple of friends and it entirely lived up to its reputation for good beer and tardy punctuality (on the participants’ behalf. not the train). Looking back on that experience it’s perhaps a little surprising I didn’t help put a bit more planning into this run through.

We gathered in the York Tap around midday, carefully selecting the weakest beer we could while we made careful plans to take at least the third most efficient train to Stalybridge. A scribbled note handed to the ticket agent may have made us look like crap bank robbers but we all ended up with the right ticket (for the record, off peak return to Stalybridge for £25 if that’s anything less than obvious). Kicking aside my meagre foodie credentials it was time to grab a Burger King (XL Bacon Double Cheeseburger) and hit the Transpenine ale trail.

Having screwed up getting the direct train we stopped off in Leeds for pushing an hour while we waited for our connection. Taking advantage of our time in the big city we squeezed into a Wetherspoons, wondered why every female was dressed as a pirate and ran away when we could. Finally getting on the right train we passed the time giving stern looks to the yoofs who were engaged in earnest (drunk) debate about their need to purchase tickets.

Finally getting into Stalybridge we bedded down with pints of Dog Standard Bitter and wished we’d skipped the Burger King in favour of the pulled pork panninis on offer. The Station Buffet Bar on the platform here is a lovely place to while away some time and a perfect anchor from which to start the trail. Smartphone faffing completed we grabbed a train for the short hop onto the next stop at Greenfield.

The Railway Inn at Greenfield is a stone’s throw from the platform (don’t try it, you’ll break a window). Pork pies are on offer and there’s a slightly stained pool table to pass the time on while you admire the view at the back onto the hills.

More smartphone buggering about and a decision was made given our relative tardiness to skip the next stop and head straight to Slaithwaite. Tip: It’s not pronounced like that. The ‘proper’ pronunciation is ‘Slawwitt’. For the Southerners among you, it’s a faux pas on terms with failing to pronounce Magdalene college ‘Maudlin’. The stag for whom we were travelling is a co-conspirator of mine in the York Bar Billiards league so rather than sticking to the suggested venue we had, in a rare bit of foresight, planned to go to another pub with a bar billiards table on hand. The Shoulder of Mutton proved a cracking spot. Facing onto a lovely village we were uncharacteristically lucky with the lucky and took turns between Bar Billiards matches and standing in the sun.

Onwards and upwards we ended up in Huddersfield, the realisation we were on target to be in York later anticipated dawning hard. A quick pint in the sun outside the Kings Head didn’t leave time to check out the highly regarded Head of Steam before we were rushing back to York (your author admittedly pausing for a nap on the train) and onto our final destination.

A stroll onward to York’s only community pub, for which the stag is Bar Billiards Captain, and we finished the evening with gradually lessening numbers around the bar billiards table. A cracking day out that I whole heartedly recommend on the proviso that you might end up putting up with drunk stag parties much less sedate than this one. Good pubs, good beer and the chance to roll off the train straight into Akbars as I did on the previous venture.

If you want more info about York Bar Billiards click here
Other relevant info for the Ale Trail is here http://www.realaletrail.net