The Punch Bowl at Marton-Cum-Grafton 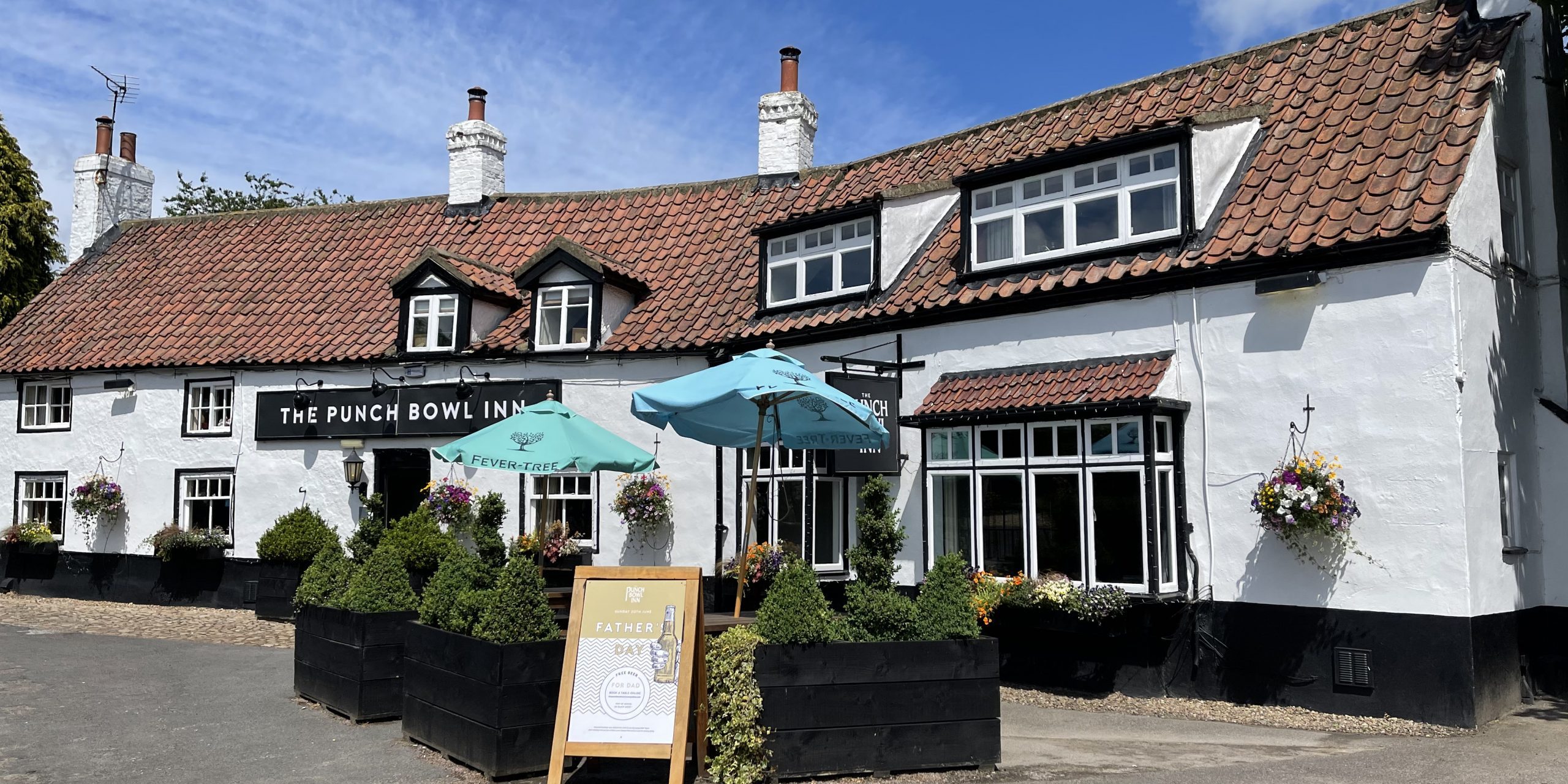 The nature of running this site means that I’m constantly on the go trying out new places to eat, which is certainly nothing I complain about. But, the race to keep up with trying out new openings while occasionally revisiting some personal favourites means that I am guilty of maintaining a mental list titled “bugger I should have gone there years ago”. Prominent in this list for some time has been The Punch Bowl at Marton-Cum-Grafton, which first piqued my curiosity a good few years ago when it was the unfortunate victim of a well known actor’s desire to enter the pub trade, something not to be dwelt on or in need of being addressed further. These days The Punch Bowl at Marton-Cum-Grafton is part of the well regarded Provenance Inns group and the focus is firmly back where it should be, food good enough to make it a destination along with beer good enough to keep the locals happy.

Marton-Cum-Grafton is a picturesque village a short drive from York, just this side of the A1 on the way to Harrogate, that turned out to be a happy place around which to stroll with a few blue plaques to hunt out some snippets on its history. The Punch Bowl at Marton-Cum-Grafton is surely its main attraction though and makes a good first impression as you get parked up and start to have a think about what the menu might have in store. The interior is all low ceilings and exposed beams, furthering the village pub feel and a reminder that this site can trace its history back to the 16th century. There are also a wide variety of motoring themed pictures to distract the eye, not that I was distracted for long from the important business of lunch.

Scallops are something I feel haven’t been numerous enough in my life throughout lockdown so they were a no brainer amongst the starters along with an asparagus based special whose price included a donation to a charity specialising in supporting the deafblind and those with complex disabilities. With a portion of fish and chips duly ordered by the youngest person at the table, we were all set and before long tucking into our first courses. Scallops with pancetta and pea is deservedly a classic that doesn’t need mucking about with, the combination of generous size scallops with pea puree and pancetta was always going to be a winner and a touch of sorrel as an emulsion gave enough of a twist to make it distinctive without going too far. The asparagus dish hinged upon getting the crispy hen’s egg right and thankfully upon its bisection a soft yolk was revealed to go alongside the local asparagus. A side salad, crisp breads and a tarragon dip completed things while on the other side of the table, fish and chips were starting to disappear at a rate suggesting the recipient’s approval.

Next up came hake with a Thai twist courtesy of a sesame crust, prawn dumpling and a Thai coconut sauce which all came together nicely with a hint of originality and plenty of comforting flavours that showed a lightness of touch with spicing. The final dish we chose was headlined with a real star ingredient, Warrendale Wagyu Beef marking this one out as holding plenty of potential to be fulfilled. The beef rump took a confident first step to the plate living up to that potential, showing evidence of everything a quality piece of meat deserves such as seasoning, resting and being allowed to remain pink. Slowly cooked beef shin also filled a hollowed out roscoff onion with a big punch of flavour, making this a notably indulgent dish. Alongside these were a generous amount of pomme puree that was appropriately rich and a beer based sauce. Charred baby leeks and white onion puree gave a bit of sharpness to contrast and finish off this memorable dish.

With time and appetite limited, we skipped dessert and made tracks back to York, though there’s no inference to be taken about the selection of desserts from that. It was a real pleasure to tick The Punch Bowl at Marton-Cum-Grafton off my list finally and it really hit all the beats I would want and expect from a quality village pub. It can be tricky to balance offering food worthy of the trip with the right kind of atmosphere to satisfy locals just after a relaxing pint to finish the day, but that’s a balance well struck here. I don’t doubt we’ll be back for food when I’ve a gap in the new spots to try, but I’d also be here very frequently to take advantage of it as a local if I lived nearby.