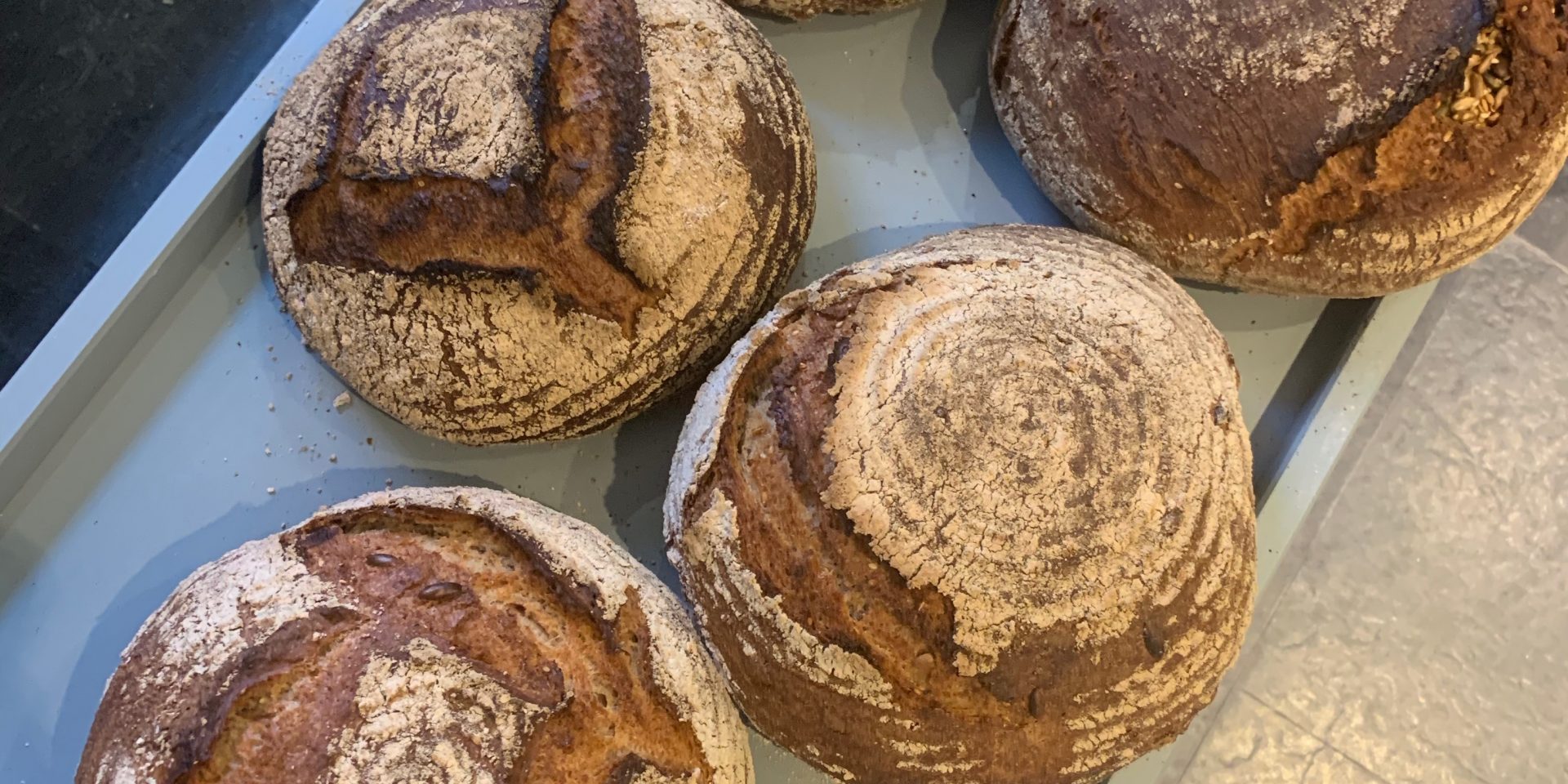 Bread pays a significant role (roll?) in this household. Trips to Bluebird Bakery and Haxby Bakehouse are both frequent and regarded as a necessity, generally resulting in a wrestling match with the freezer to ensure that nothing goes to waste thanks to our over enthusiasm. Home baking is something I’ve never taken the time to get to grips with though, so the offer to take part in a new baking class from One Mile Bakery piqued my interest.

One Mile Bakery is a new concept that originated in Cardiff and has, over the last eight years, extended to a smattering of new operations around the country. Each of these serves up a variety of cookery and baking classes alongside the core business of baking superb bread which is delivered within a single mile radius by bike. The Tadcaster operation is run by Phil Gostling from his comfortable home that’s easily accessible from the centre of the town. Given the obvious environmental benefits of OMB’s bicycle delivery, I thought it appropriate to make the journey by public transport, not a massively practical choice as it turned out. The vagaries of the North’s public transport network had me leave the house an hour and a half before the appointed time, taking £12 for the privilege too…not a brilliant alternative to a private car for an 8.5 mile drive. Still, inconvenience over with, it was time to make some bread.

The group of five was comfortably accommodated between a snug to which we would regularly retreat for refreshment and the kitchen that would be the scene of the day’s yeasty action. After making each other’s acquaintances over plentiful hot drinks, we moved through to the kitchen to find the ingredients laid out ready for our first round of mixing and kneading. Subsequent loaves put more responsibility on us to accurately weigh out our ingredients, but this shortcut let us pay full attention to the range of baking tips being imparted by Phil. Over the course of the next hour or two, we threw together a white loaf to bake in a tin, a pain de campagne and a beer bread.

There’s no getting away from the effort that it takes to bring together ingredients into a dough, so we collectively chose to embrace that workout as we were shown a variety of methods to effectively develop gluten. We were all a touch surprised at how wet our doughs were to start, but after a good dollop of elbow grease everything came together thanks to our collective endeavours. We spent a bit of time interspersing our efforts with refreshments before we reached a suitable juncture for more involved sustenance.

Clearly you want to come away from a course like this with some verifiable skills to show off to your friends, but that’s not to say there isn’t time for a bit of indulgence in the form of lunch and a glass of wine. Clearly bread wasn’t in short supply, so our host used it as a centrepiece, turning a loaf into something resembling a hedgehog… or perhaps a hasselback loaf with cheese forced into its cavities? We enjoyed a fresh salad to break up the carbs along side this before getting back to work.

Suitably refreshed and with enough energy to embark on more kneading, we got ourselves back into the kitchen to work with our doughs that had now proved. We were lucky enough this day to have the opportunity to produce a babka alongside our savoury loaves that involved a relatively complex operation to tease the dough into plaits to facilitate a pleasingly fancy looking treat. I’ve got to confess that enthusiasm overtook competence here and that the pic is of a fellow attendee’s efforts.

The final steps were of course to get our loaves into an oven, around which we were happy to learn more of the impact of steam on the crust of the fruits of our labours and how to learn the quirks and characters of our ovens. With the oven taking over the hard work, we again took the opportunity for refreshment, tucking into a delicious dahl that is available for delivery as part of Phil’s service. I can see why he was keen to show it off.

Thanks to the wizardry of modern technology (a freezer) we’ve been spending the last couple of weeks working on this day’s output without ever being disappointed. The beer bread in particular was a daily treat until its exhaustion. The philosophy behind OMB strikes a chord with the current mood and Phil is doing a great job of putting it into action. This course was a great way of getting to the heart of both the actor and the invention, which is an asset for Tadcaster. I even managed to get a lift home and avoid a repeat experience on public transport, making it a very good day out.

Disclaimer: No charge was made for attendance. Opinions are impartial.