Malton and Pickering with Brewtown Tours 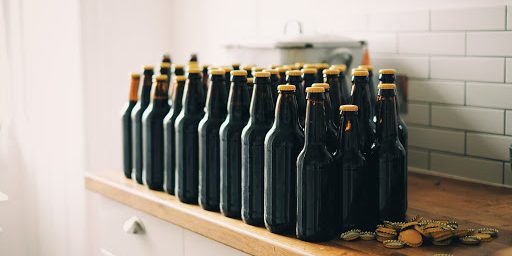 A little while ago we accepted an invitation to see what Brewtown tours are all about, enjoying a nice afternoon cruising around west of York and enjoying some cracking beers with access to breweries usually not open to the public. When the chance came up to sample another tour, around Malton and Pickering this time, I jumped at the chance to take in three more breweries. Having posted before about the Brewtown experience I thought I would rather this time reflect on the stop offs we enjoyed on this Brewtown Tours experience.

Bad Seed
After meeting in the Tap we took the familiar buzz up the A64 to Malton and made ourselves welcome at Bad Seed. Our host Chris leapt into super enthusiastic action, giving plentiful info on the brewing process, that would remain relevant through the subsequent stops, alongside the brewery’s history and ethos. The commitment to flavour above all else shone through along with a strong desire to work with the outlets they supply. We sampled several beers, including their marvellous pales and bold stouts, before some experimental (and rather divisive) sours, the only one not to my palate being a Seville orange IPA reflecting my dislike of fruit beers. I was already well aware of Bad Seed’s reputation and now will be on my shortlist whenever on offer.

Breworks in the Black Swan
Our next destination was the Black Swan in Pickering. Having recently come into new ownership, this historic building now also has its very own microbrewery in an outbuilding, with ‘micro’ being the operative word as we huddled in twos and threes to be taken round the brewing equipment. The family running this spot had a stint brewing in Turkey which they reference in the name of “Istanbul” Pale Ale. It’s early days for these guys as they focus on producing consistent, quality and marketable product for their own pub but the samples we went for all hit the spot, so I’m looking forward to seeing where they go with future brews.

Brass Castle
The last port of call before once again hitting the road for the return journey was the newly opened tap room at Brass Castle back in Malton. An unexpected bonus when we arrived was the presence of a mobile canning operation. Clanging away in the brewery, this tremendously effective and slightly Heath-Robinson looking contraption was a unique insight into the workings of a brewery this size. Being familiar with Brass Castle’s beers, it wasn’t a surprise to find the product up to their usual high standards as we heard passionate arguments for the vegan, un-fined and largely gluten free nature of their beers. Slightly more surprising was my enthusiasm for “Polish Champagne”, a smoked white beer made with Polish hops that proved more accessible than expected with a tremendously well-balanced flavour.

As we made our way back down the A64 toward York, the reflections in the comfortable vehicle were on the breadth and depth of quality we’d seen through the afternoon. All three breweries offered passionate, unique and quality-led views on how to brew beer that came across in both the tours and the tastings. I’ll be astonished if we don’t see this group of breweries continue to prosper and gain even greater reputation for superb beer.