Liz Cottam at the New Ellington 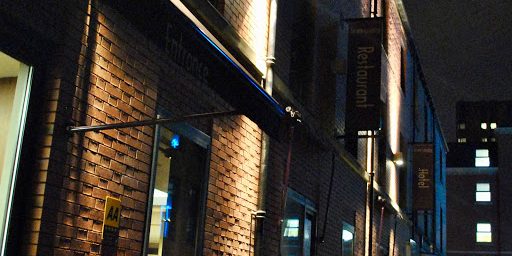 I’ve said many times that being a good chef is very, very different to being a good cook. With a little bit of thought and research pretty much anyone can put together a nice few plates of food for a dinner party and pull it off reasonably well, though generally with a measure of stress attached, but to turn out consistently presented plates of food that match customer expectation many, many times throughout a stressful service is an entirely different kettle of fish. With that in mind, I was pondering the transition from cook to chef as we took up an invitation to head across to Leeds and sample Liz Cottam residency at the New Ellington.

After a career in digital consultancy, Liz Cottam decided that she wanted to make more of her passion for food and move professionally into that area. On that journey, she entered Masterchef with encouragement from her family and ended up making the 2016 semi-finals. The menu she’s developed for this residency is changing monthly, offering a four course tasting menu on Friday and Saturday evenings.

After warming ourselves in the bar over a drink, we descended to the dining room at the New Ellington to find it smart and understated with tables offering a good degree of privacy.

Ham butter was a new one on me but went well with the a glass of Albarin and tomato bread as a precursor to a first course of basil sponge with Italian soft cheese residing in a beautifully light tomato essence and topped with tomato petals. We agreed that the consommé was outstanding, the flavour for me particularly reminiscent of fresh tomato stalks.

The traditionally structured menu brought fish out next in the form of a ‘fish pie’ constructed of poached halibut, creamed potatoes and smoked salmon mousse with lobster bisque and delicate strands of samphire. The star of the plate was the bisque, matching that delightfully fresh tomato essence in the starter.

After a bit of a pause, we hit the meat course of pan roasted lamb loin with ‘lamb belly hotpot terrine’, both accompanied by textures of beetroot and goats cheese with a lamb reduction good enough to trigger words like ‘umami’ and ‘unctuous’. The loin was perfectly cooked and well-rested while the texture of the ‘hotpot’ was pleasingly unusual, almost reminiscent of a lasagne to my mind. I’m not in the habit of letting plating or presentation become an issue (no, I don’t care if you serve me bread in a hat), but this dish did look a little odd nestling on a single side of the plate.

As we powered toward the end of the evening, with minor thoughts of the last train back to York (at a civilised time at least) niggling, we attacked dessert with all the vigour we could muster. Crumbled chocolate cake surrounded stalagmites of white chocolate ganache (my favourite element) and was topped with a quenelle of cherry ice cream, this was a suitable end to the meal.

My dining partner for the evening had this to say:
I first heard of the New Ellington in my (never-ending) search to find great gin bars, but the opportunity to uncover their culinary adventure with Liz Cottam was truly exciting. Upon first look, the menu was well thought out and, as the night went on, I found a couple of unlisted items that really deserve recognition, especially the boozy raisins (or currants) in the dessert.

It must be said that the service was slower than I would have preferred, but it wasn’t conspicuous enough to impact too much, and perhaps it was further to the front of my mind as I contemplated the potential horror of a late train from Leeds on a Friday evening. As I alluded to earlier, the difference between cooking good food and running a service is vast and it’s clear that it’s a challenge Liz is tackling with all the relish of a ‘master’ chef! (Sorry)

Disclaimer: our meal was complimentary, all opinions are unbiased as usual.