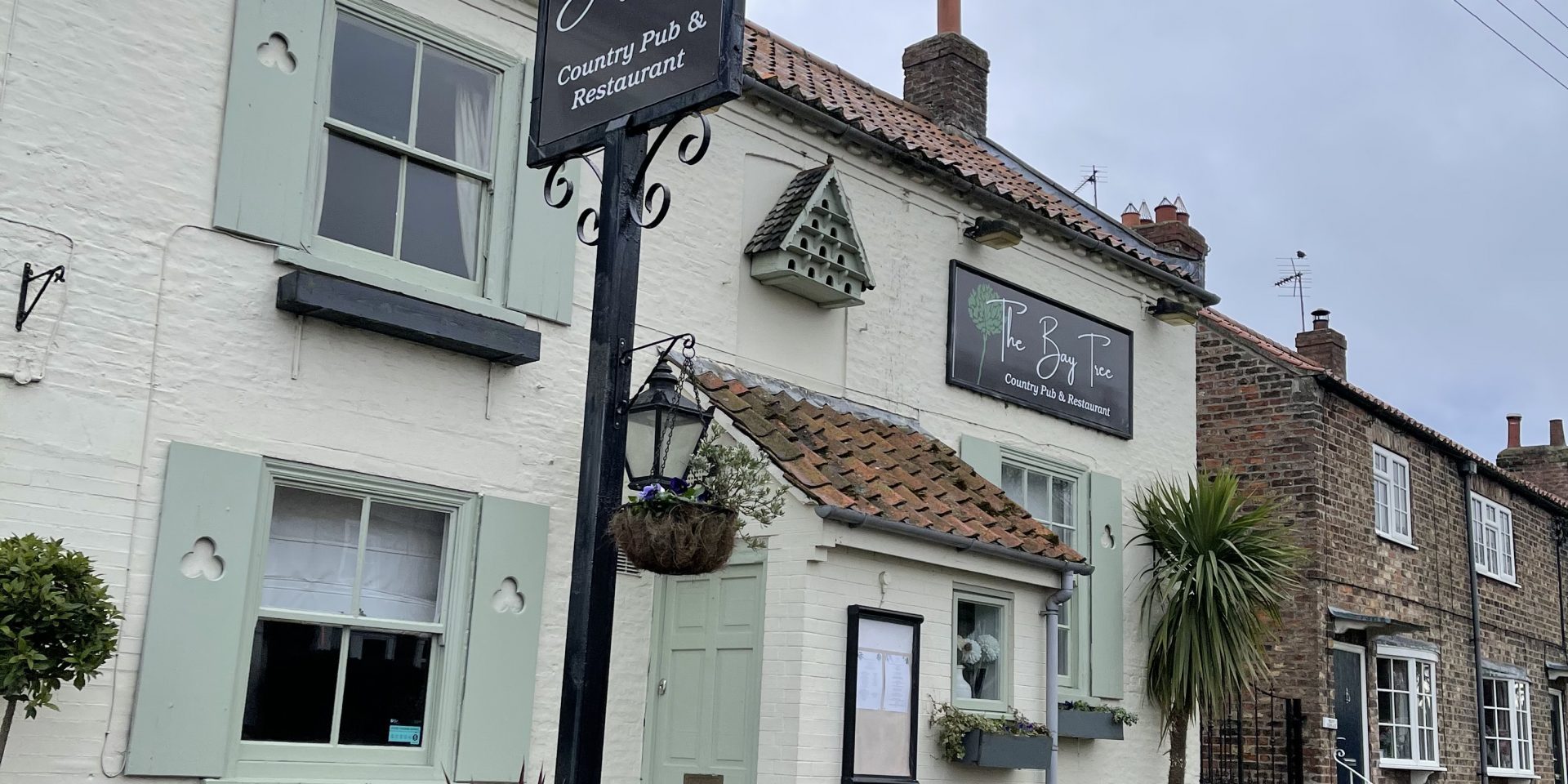 Generally when I’m invited to check out a new spot I have a fair idea of what I’m in for, either through prior association, general reputation or obvious pointers toward quality (or the opposite on occasion). It’s a bit harder to form a judgement at the moment though without access to quite the same level of networking, chatting and general meandering that tends to provide much of my intelligence, so I wasn’t entirely sure what to make of an invitation to check out The Bay Tree Stillington when they messaged some months ago. For various reasons, both pandemic related and more mundane, it’s taken some time to take them up on the offer, but on Mother’s Day I finally found myself pointing the car toward Stillington to pick up a meal.

I’ve driven past The Bay Tree many times, with it being on the route I tend to favour from York to Helmsley, but never have I stopped by to investigate. It’s a handsome building that I was lucky enough to have a peek inside when I popped by to collect the Mother’s Day menu that we’d be sampling. The balance for any country pub that wants to serve up top notch food needs to strike is between that and providing welcome for those in the local community who want a refuge for a quiet drink. Obviously I’ve not been able to see the building in action, but it’s easy to imagine the space developing just the right balance of conviviality and respect for a good meal. There’s also an attractive and good sized outdoor space that should stand The Bay Tree Stillington in good stead throughout the transition back to normal opening practices.

We were sampling a Mother’s Day menu of two courses per person that was still appetisingly warm even after the drive from Stillington to our home in the south of York. Amongst the starters was a Salmon Tartare that I couldn’t resist which came with a hearty, well judged shot of capers, cured egg yolk and salsa verde. This one also addressed one of the presentation issues inherent with at home offerings by using gem lettuce as a vessel to contain the tartare, keeping everything in place during the transition from package to plate and then mouth. There’s not really anywhere to hide with a tartare; the balance of ingredients is really everything and the use of a bold flavour such as capers could be a trap but instead was as artfully balanced as it was presented. The other starter was a chicken liver parfait, equally well executed and presented with pickles and relish to bring it out of itself, a faultless brace of dishes to start that neatly solved some of the disadvantages of a meal transported to the home.

Main courses consisted of roasted pork belly to represent the more usual Sunday offering along with a seared salmon fillet from the Mother’s Day menu that moved away from the more sterotypical Sunday lunch offerings. The salmon came with potatoes and sea veg to form a plate that was given much further life by a crayfish and wine sauce, which elevated things to a truly memorable level. Salmon and potato were clearly excellent produce that had been given the chance to reach full potential but a good sauce can really bring a dish to a new level, something particular true of this dish. The large amount of crayfish thrown into the mix thanks to that sauce really took this dish to quite significant feelings of luxury, really setting out a marker for quality.

The pork belly from the more usual Sunday roast menu was equally beyond criticism, with quality and quantity in abundance. The central meat element was perfectly tender while retaining an armour of perfectly crunchy crackling to separate it from masses of vegetables and a Yorkshire pud. It’s hard to draw out highlights of the accompaniments but cauliflower cheese shouted loud along with mash in which I picked up a pinch of truffle, roasties bit the right notes of tradition and some fried greens threw a bit of a crunch into the plate. As with the salmon though the final flourish that pushed the dish over the top toward greatness was the sauce, this time a deeply flavoured, almost pearlescant gravy chocked with presence and flavour. As with the fish dish, the quality of the sauce inflicted the indignity of plate licking on one of us. This was a uniformly superb meal with every element over achieving and going beyond expectations. I may not have been totally sure what was waiting for me in Stillington but I know what to expect when I pay a return visit to enjoy eating in: intelligently presented dishes that have been developed to their full potential to pack in improbable amounts of flavour. The Bay Tree Stillington is set for a very bright future as dining in becomes a viable option again.