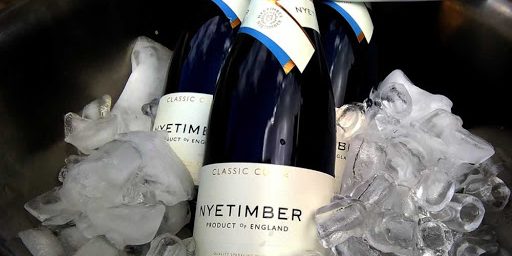 As The Greedy Wordsmith, most of my foodie exploits involve hanging around in tiny local cafes or hidden delicatessens in a nearby village. I seem to have an affinity for the smaller, one man bands that are thriving in and around the York area; that is where I normally find inspiration for my food writing.

This weekend turned out rather differently. York on a Fork received an invitation to attend the opening of the Orangery at Goldsborough Hall and that invitation was extended to me. As a history enthusiast I couldn’t resist the temptation of taking a look inside the rather grand looking 17th century home that once belonged to Princess Mary. With my best frock on and notebook in hand I set out to join the celebrations.

The once tenanted village of Goldsborough is well worth a visit of itself. That day saw a royally themed scarecrow festival in honour of the Queens 90th birthday and the villagers were out and about, admiring each other’s handiwork and answering clues. This sense of community ran throughout the day as it became evident that there were still close links between the current owners of Goldsborough Hall and those living in the village.

Mark and Clare Oglesby bought the hall a decade ago and it is immediately obvious that restoring the hall has been a true labour of love. Over the last 75 years it has been home to a private school and then nursing home, only to be left derelict for the final two years. Extensive work has been carried out in the house and gardens to return it to its original glory; the family now residing in part of the building whilst the rest goes from strength to strength as a hotel, wedding and dining venue.

Whilst the Orangery is in fact a new build, it doesn’t feel at all out of character with the rest of the grounds. Light and airy on the inside, it offers a more relaxed opportunity for dining at Goldsborough Hall with family lunches and a particularly tempting afternoon tea. I can speak highly of the quail’s egg and smoked salmon canapes tasted on the day, a teaser of what is to come. A quick chat with general manager James tells me that their focus on seasonal and locally sourced ingredients extends into the drinks menu; the impressive Nyetimber English sparkling wine and Rooster IPA accompanying soft drinks from Bottle Green.

From arrival to departure the young team of staff were friendly and attentive. They met some of our rather random requests with a smile and never forgot to return despite having a large crowd of guests to attend to. James McDonnell conducts his role as General Manager with a sense of calm and great care. I wish Mark and Clare every success as they move Goldsborough Hall into the next chapter.